Thousands of US soldiers being sent to Afghanistan to evacuate embassy staff from Kabul as the Taliban pushes towards the city has revived memories of the fall of Saigon.

A photo that immortalised America’s defeat in Vietnam, showing evacuees boarding a helicopter on the roof of a building, spread fast on social networks after the US announced the emergency deployment on Thursday.

“The latest news of a further drawdown at our embassy and a hasty deployment of military forces seem like preparations for the fall of Kabul,” leading Republican legislator Mitch McConnell said.

“President (Joe) Biden’s decisions have us hurtling toward an even worse sequel to the humiliating fall of Saigon in 1975.”

Back in June, as the Taliban advance built momentum, Biden himself addressed the Saigon parallels and dismissed them out of hand.

“There’s going to be no circumstance where you’ll see people being lifted off the roof of an embassy of the United States from Afghanistan,” he said.

The same month, the Chairman of the US Joint Chiefs of Staff General Mark Milley also rejected comparisons to the desperate exit from Saigon.

“I do not see that unfolding,” Milley said.

“I may be wrong, who knows, you can’t predict the future, but I don’t see Saigon 1975 in Afghanistan. The Taliban just aren’t the North Vietnamese Army. It’s not that kind of situation.”

Since then, the Taliban’s lightning-fast offensive has surprised many US military officials.

To carry out the evacuation of American staff from its embassy in Kabul, 3,000 US troops will secure the airport, 1,000 will be sent to Qatar for technical and logistical support, while 3,500 to 4,000 will be positioned in Kuwait on standby to deploy if needed.

On Thursday, US officials scrambled to answer questions about the mission, with Pentagon spokesman John Kirby declining to describe it as a “NOE” (Noncombatant Evacuation Operation).

He indicated it had no name, and avoided talking about evacuations.

The most famous NOE mission was Operation Frequent Wind, during which more than 7,000 Vietnamese civilians were evacuated from Saigon on April 29 and 30, 1975 by helicopter.

Asked about the image of American diplomats departing under military protection and the inevitable comparisons with the fall of Saigon, Kirby tried to underline the differences.

“We are not completely eliminating our diplomatic presence on the ground,” he said.

“Nobody is abandoning Afghanistan, it’s not walking away from it. It’s doing the right thing at the right time to protect our people.”

The Taliban on Friday captured Afghanistan’s second city Kandahar, capping an eight-day blitz that has left only the capital and pockets of other territories in government hands. 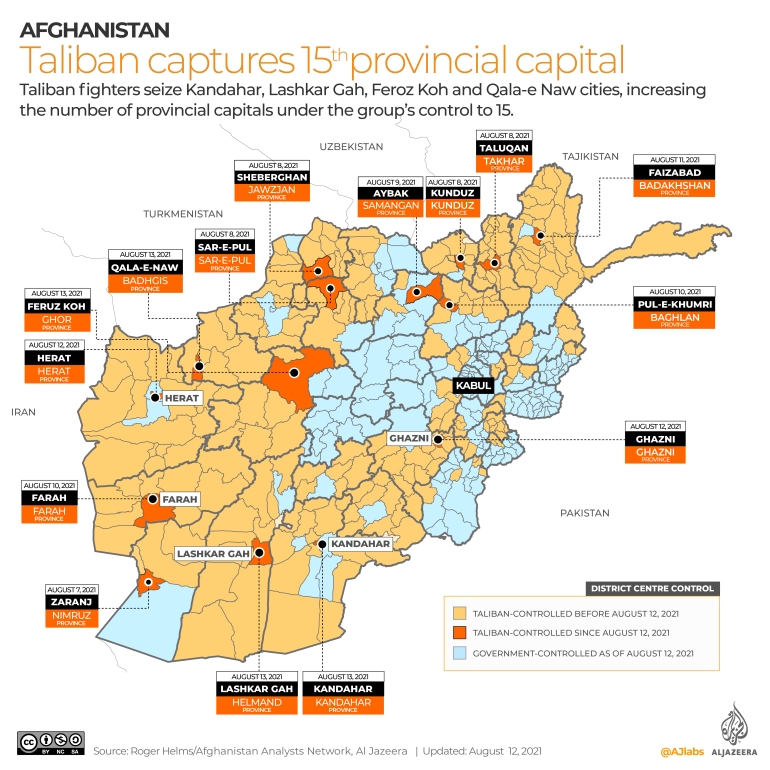