A helicopter with 16 people on board, most of them tourists, has crashed in the Kamchatka peninsula in Russia’s far east the local government said, with seven passengers unaccounted for.

The Mi-8 helicopter came down in Lake Kuril in the Kronotsky nature reserve, it said in a statement on Thursday.

Preliminary information said, “there were three crew members and 13 passengers on board”.

Forty rescuers and divers were dispatched to the scene. Kamchatka is more than 6,000km (3,728 miles) east of Moscow.

According to a local health ministry source, nine people were rescued.

“Nine people have been found, they are all alive,” the source told the Interfax news agency, adding that the search operation was continuing.

The fate of the remaining seven was not immediately known.

An investigation has been opened for violation of air safety rules, said the Russian Investigation Committee, which handles air accident probes.

Meanwhile, the Interfax news agency cited officials as saying the helicopter was carrying three crew members and 14 tourists when it went down in deep fog.

Interfax initially quoted regional officials as saying that nine people, including two pilots, survived the crash, but later reported that only eight survivors were found while the search for the others is continuing.

The varying numbers could not be immediately reconciled. The reports did not list the nationalities of the tourists, but said that most of them were from Moscow and St Petersburg.

The area where the crash occurred can only be reached by helicopters and the fog was complicating rescue efforts, the RIA Novosti reported.

The Vityaz-Aero helicopter was transporting the tourists to Khodutka, a volcano near the city of Petropavlovsk-Kamchatsky. 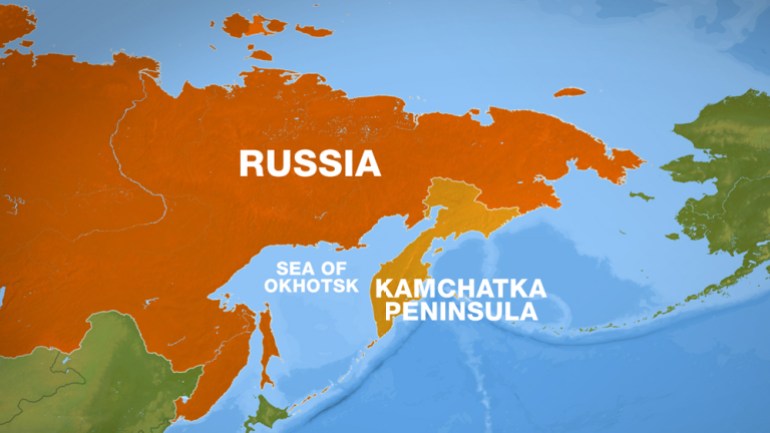 Russian news reports said Vityaz-Aero is half-owned by Igor Redkin, a millionaire businessman who is a member of the Kamchatka regional legislature. Redkin was placed under house arrest earlier this week after he shot and killed a man who was rummaging in a garbage bin. Redkin said the shooting was accidental after he mistook the victim for a bear.

Kamchatka is a large territory with few inhabitants but is visited by tourists for its volcanoes and scenery.

In July, all 28 people on board of Antonov An-26 twin-engined turboprop died in a crash in Kamchatka.

Russia historically had a poor air safety record but has significantly improved its aviation standards since the 2000s.

But maintenance issues and lax compliance with safety rules have remained a problem.