Taliban fighters have taken control of Afghanistan’s borders with Tajikistan and Uzbekistan as they continue their rapid offensive, Russia’s defence minister has said.

Sergei Shoigu told a youth conference in Moscow on Tuesday that the group’s leaders had promised not to attack neighbouring countries after making its territorial gains, Russia’s Tass news agency reported.

He added that Russia would continue holding joint drills with its allies in the region.

Russia operates a military base in Tajikistan and the former Soviet republic is a member of a Moscow-led military bloc, meaning that Moscow would be obliged to protect it in the event of invasion.

Russia held drills with Uzbekistan and Tajikistan near the Afghan border this month. Russia has also reinforced its military base in Tajikistan with new armoured vehicles and firearms.

The Soviet Union occupied Afghanistan from 1979 to 1989, leaving after 15,000 of its troops were killed and tens of thousands were wounded.

The Taliban is battling to defeat the US-backed government and reimpose strict Islamic law. The speed of the group’s advance in recent days has shocked the government and its allies.

The latest violence comes as United States-led foreign forces withdraw from the country.

The Taliban took control of another city in northern Afghanistan on Wednesday, an official said, the ninth provincial capital to fall to the group in six days. 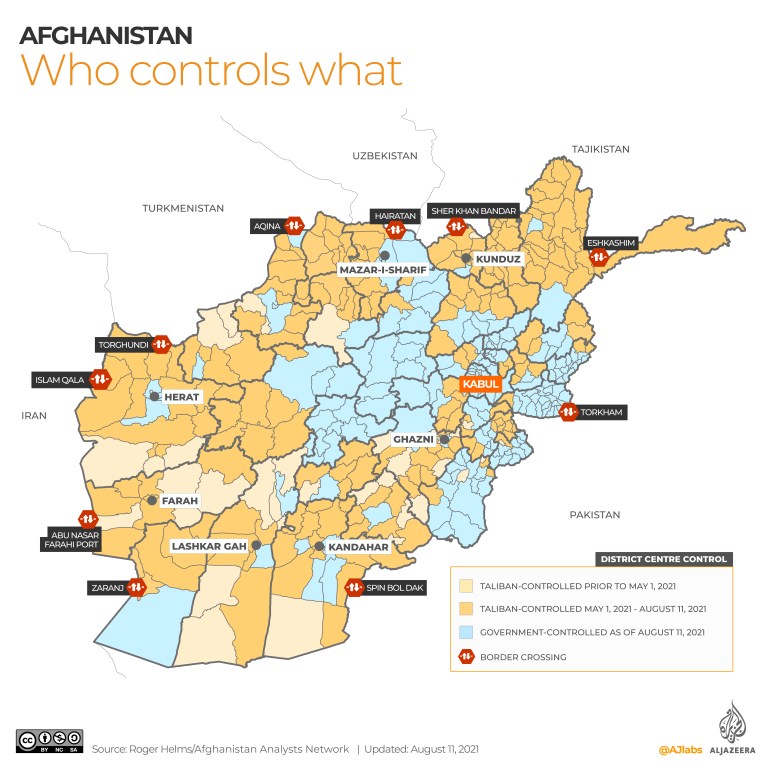 The capture of Faizabad, capital of the northeastern Badakhshan province, came as President Ashraf Ghani landed in Mazar-i-Sharif to rally its defenders as Taliban forces closed in on the biggest city in the north.

The Taliban, which was removed from power in 2001, now controls many of Afghanistan’s northern provinces adjacent to ex-Soviet Central Asia.

During its 1996 to 2001 rule, the group was never completely in control of the north but this time, it seems intent on securing it before closing in on the capital, Kabul.

The group’s strongholds lie in southern and eastern Afghanistan.