The Pan American Health Organization (PAHO) is preparing to increase COVID-19 vaccine availability for member countries as the highly contagious Delta variant spreads through the region.

PAHO’s “Revolving Fund” is receiving requests from regional countries for vaccines for the last three months of 2021 and 2022, said PAHO Director Carissa Etienne on Wednesday. More than 20 countries have formally expressed interest.

“This new initiative will make available tens of millions of COVID-19 vaccine doses beyond the 20 percent that COVAX offers, and it will complement bilateral deals and other existing avenues for countries to access vaccines,” Etienne said in a virtual news conference.

More than 1.3 million COVID-19 cases and 19,000 related deaths were reported in the Americas during the past week, PAHO officials said.

Deaths related to COVID-19 are rising in nearly every country in Central America, including a 30 percent increase in El Salvador.

In Cuba, which has recently faced the most widespread protests since Fidel Castro’s 1959 revolution, the situation remains “very difficult” as transmission is very active, according to Ciro Ugarte, PAHO’s director of health emergencies.

“I think we will be able to mobilise solidarity and the support for Cuba, also from the humanitarian side,” Ugarte said, adding that PAHO had already sent medical supplies to the island nation.

Meanwhile, the US government said Wednesday that it will deliver nearly 837,000 Pfizer vaccines to Caribbean nations as the region with limited resources struggles with a surge in COVID-19 cases amid violent anti-vaccine protests.

“The Biden-Harris administration’s highest priority in the Americas today is managing and ending the COVID pandemic and contributing to equitable recovery,” said Juan González, the National Security Council’s senior director for the Western Hemisphere.

The Caribbean region has reported more than 1.29 million cases and more than 16,000 deaths, with some 10.7 million people vaccinated so far, according to the Trinidad-based Caribbean Public Health Agency.

Among the hardest-hit Caribbean nations is Haiti, which on July 14 received its first vaccine shipment since the pandemic began — 500,000 doses of the Moderna vaccine donated by the US via the United Nations’ COVAX programme for low-income countries.

The country of more than 11 million people has reported 20,400 confirmed cases and 575 deaths, although experts believe those numbers are severely underreported given a widespread lack of testing.

A National Security Council spokeswoman told The Associated Press that the US “will send a signification amount of additional doses to Haiti soon”, but further details were not immediately available.

The announcement by the US government came amid recent anti-vaccine protests in Guyana, Antigua and St Vincent and the Grenadines, whose prime minister was hit in the head with a rock last week and was briefly hospitalised.

Delta surge in southern US states

In the US, the COVID outbreak is still the worst in southern states based on new cases and hospitalisations per capita in recent weeks.

Arkansas, Florida and Louisiana are all reporting record COVID-19 hospitalisations in recent days. On Tuesday, Mississippi reported a record one-day rise in cases of nearly 3,500 and the number of hospitalised COVID-19 patients is nearing the record the state set in January.

Texas Governor Greg Abbott and fellow Republican Governor Ron DeSantis of Florida have faced local uprisings against their statewide orders that prevent local officials from deciding whether to require that masks be worn.

During the past seven days, Florida had the country’s second-highest rate of new infections based on population, while Texas had the 10th-highest, according to the US Centers for Disease Control and Prevention.

Florida set a record for the number of COVID patients hospitalised for 10 days in a row, with 15,449 patients on Wednesday, according to the US Department of Health and Human Services.

Abbott’s statewide ban on mask mandates hit its second legal setback on Wednesday, as a judge in Dallas County temporarily blocked it from being enforced amid a nationwide rise in new coronavirus cases.

The temporary order by Judge Tonya Parker issued late on Tuesday allowed officials in the state’s second-most populous county to require masks indoors, despite Abbott’s July order against such mandates. A hearing on August 24 will determine whether to extend the temporary order.

The top elected official in Dallas County, Judge Clay Jenkins, who sought the court order issued late Tuesday, said preventive steps such as mask-wearing are needed to combat a surge in new cases of COVID-19.

“Models predict ongoing dramatic increases in cases and hospitalizations over the coming weeks that will exceed the peak earlier this year unless behavior change takes place,” he said Tuesday on Twitter.

Models predict ongoing dramatic increases in cases and hospitalizations over the coming weeks that will exceed the peak earlier this year unless behavior change takes place.

The Dallas Independent School District had already defied Abbott’s order, saying on Monday that it would also require masks.

Earlier on Tuesday, another Texas court granted an order at least until Monday that enables officials in San Antonio and Bexar Counties to require that masks be worn in public schools. 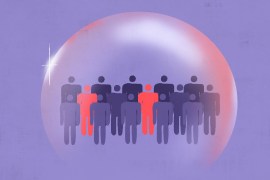 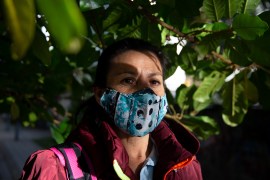 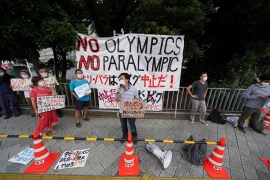 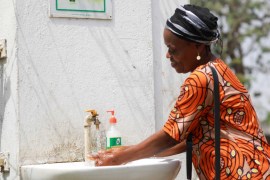 What would the pandemic’s impact be on a world where every person has access to clean water and soap?