Russia and China have begun holding a large-scale joint military exercise in China’s north-central Ningxia region, drills which come as the pair spar with Washington and its Western allies over a range of issues, including human rights and regional security concerns.

The Sibu/Cooperation-2021 exercises launched on Monday and will run until Friday. They will involve more than 10,000 ground troops and air forces.

The Russian military said that it had sent Su-30SM fighter aircraft, motorised rifle units and air defence systems to China as part of the exercise.

“It reflects the new height of the China-Russia comprehensive strategic partnership of coordination for a new era and of the strategic mutual trust, pragmatic exchanges and coordination between the two countries,” Xinhua said.

Richard McGregor, a China expert at the Australia-based Lowy Institute think-tank, said the burgeoning relationship between Beijing and Moscow was more than a “marriage of convenience”.

“That [phrase] underestimates the depth of their shared interests, and of course the biggest one is opposing the US and undermining the US and the West,” McGregor told Al Jazeera.

The Ningxia region borders Xinjiang, where China is accused of detaining more than one million Uighurs in internment camps.

Critics, including the US, have said those held have been subjected to human rights violations, including arbitrary detention, forced labour, torture, forced sterilisation and family separation.

China has denied the allegations and claimed the camps are “re-education” centres set up to fight “separatism and terrorism” and boost economic development.

Xinjiang shares a narrow frontier with Afghanistan, and Beijing is concerned about violence spilling over its border if the Taliban continue their advance and take control in the country amid intense fighting sparked by the withdrawal of US troops.

Separately, Russia on Tuesday completed joint drills in Tajikistan with Uzbek and Tajik forces near the Afghan border.

Moscow also said it was bulking up its military base in Tajikistan with assault rifles and other weapons.

The Russia-China relationship grew stronger in 2014 as Moscow’s political ties with the West sank to post Cold-War lows over the annexation of Crimea from Ukraine. China is Russia’s biggest trade partner.

Moscow has backed Beijing in its claim to virtually the entire South China Sea, over which China clashed with the US on Monday at a high-level UN Security Council meeting on maritime security.

China, Taiwan and ASEAN members Brunei, Malaysia, the Philippines and Vietnam have overlapping claims in the disputed waters and have been locked in increasingly tense territorial standoffs for decades.

China built seven disputed reefs into missile-protected island bases in recent years, ratcheting up tensions with rival claimants, along with the US and its allies.

US Secretary of State Antony Blinken responded to China’s increasingly assertive claims to the strategic waterway by warning that any conflict there or in any ocean “would have serious global consequences for security and for commerce”.

The area has seen “dangerous encounters between vessels at sea and provocative actions to advance unlawful maritime claims” that seek to “intimidate and bully other states lawfully accessing their maritime resources”, Blinken said.

China’s deputy ambassador, Dai Bing, accused the US of becoming “the biggest threat to peace and stability in the South China Sea” and calling its “hype” in the Security Council “entirely politically motivated”.

China has refused to recognise an international arbitration ruling in 2016 that invalided most of its claims in the South China Sea. 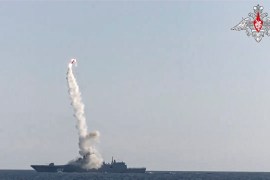 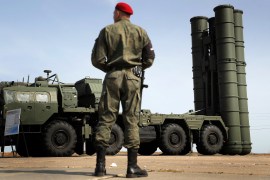 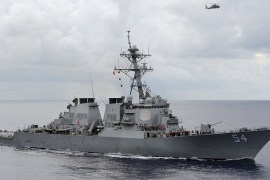