The death toll from this week’s flooding in Afghanistan’s eastern province of Nuristan has risen to at least 113, with dozens of people still missing, officials said.

Rescue operations were still under way on Sunday, days after heavy rains overwhelmed Kamdesh district in the remote, Taliban-controlled province, about 200 kilometres (120 miles) northeast of the capital, Kabul, on Wednesday.

While he gave an injury toll of 34, Zarbi noted figures were preliminary and subject to change.

The flooding has also destroyed a major bridge in the district, according to the disaster authority, which said it was not able to provide essential support such as food, temporary shelter and medical support to the victims.

“Unfortunately [since] the area is under the control of the Taliban, we were unable to send our provincial teams to the area,” Tamim Azimi, spokesman for Afghanistan’s state ministry for disaster management, told the AFP news agency.

However, survey teams from the Afghan Red Crescent Society have travelled to the area to assess the damage and the support needed. 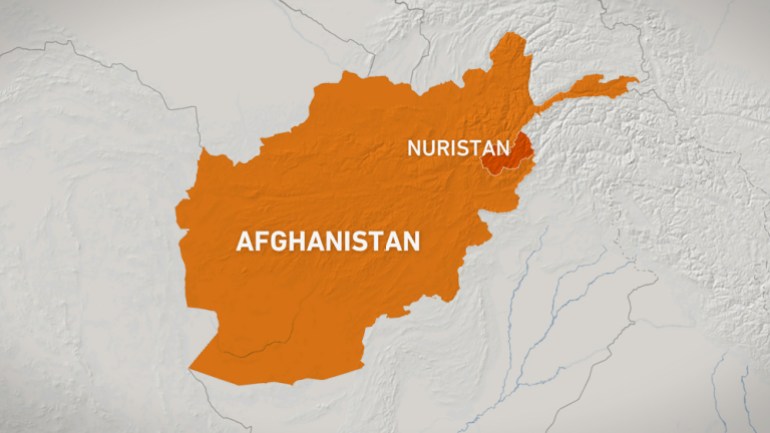 The Taliban has seized large tracts of rural territory and captured key border crossings since early May when US-led foreign forces began a final withdrawal from Afghanistan that is now almost complete.

With its fighters gaining more control of such areas, Bellis said, the situation in Nuristan presented “a real test” for the Taliban over the kind of support it could provide to people affected by “these types of situations” if they were to remain in control there.

Decades of conflict, coupled with environmental degradation and insufficient investment in disaster risk-reduction have contributed to the increasing vulnerability of Afghans to natural disasters, according to the UN.

On average, natural disasters affect 200,000 people every year in the country.