Swedish Social Democrat leader Stefan Lofven was narrowly re-elected as prime minister by parliament on Wednesday after leading the country in a caretaking capacity since his resignation last month.

Lofven needed to avoid a majority voting against him in the Swedish Riksdag. He avoided rejection by two votes in the 349-seat parliament, with one parliamentarian breaking party ranks to support him.

In Sweden, prime ministers can govern as long as there is no parliamentary majority – a minimum of 175 votes – against them.

“The Riksdag has given me the support needed to continue to lead Sweden,” Lofven told a news conference, noting it was an “extremely narrow” vote in parliament.

The move succeeded because the Left Party, a government ally, had withdrawn its support for Lofven’s previous coalition government with the Greens over proposed legislation to tackle a housing shortage.

However, instead of calling an early election, as the Swedish constitution allowed him to, he opted for the coalition-building process overseen by Parliament Speaker Andreas Norlen.

The first to be tasked by Norlen to try forming a new government was the head of Sweden’s centre-right opposition Moderates party, Ulf Kristersson. However, he failed and said he was only able to get 174 lawmakers behind him.

After Wednesday’s vote, Kristersson said Lofven’s win was “not unexpected” and called it “unfortunate”.

Lofven, a 63-year-old former union boss, has headed a centre-left minority cabinet since a 2018 election that produced a nearly evenly split parliament and big gains for the Sweden Democrats, with whom several other parties refuse to deal.

He said he will now form a two-party cabinet with the Greens and is expected to present it on Friday.

But Lofven has yet to find sufficient backing to pass a budget and has warned he will resign again if he is unable to get parliament’s sign-off on one in the autumn.

Sweden’s political crisis has undermined the country’s political centre ground and comes with the next parliamentary election due in September 2022.

Parties at either end of the political spectrum – the formerly communist Left Party and the anti-immigration Sweden Democrats – look to have emerged from the furore emboldened, however.

Confidence in Left Party leader Nooshi Dadgostar has soared in surveys since she withdrew support for Lofven and forced the withdrawal of plans to ease rent controls.

Meanwhile, Jimmie Akesson’s Sweden Democrats helped bring down the government, albeit only temporarily, and fostered closer ties with other right-wing parties after long being treated as political pariahs.

“The very best thing would be for the new political situation to be tested in a snap election. That is the only way to untie the political knots in this country,” Akesson said in a speech to parliament on Wednesday. 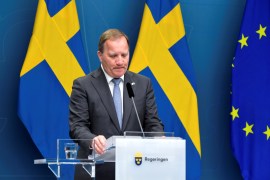 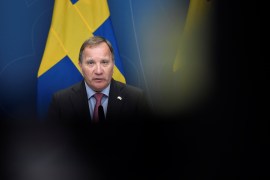 Swedish PM Lofven resigns in the wake of no-confidence vote