Isaac Herzog pledged to heal deep divisions in Israeli society as he took the oath of office to become Israel’s 11th president.

With one hand on a Torah before the Knesset – Israel’s parliament – Herzog, 60, assumed on Wednesday the largely ceremonial position designed to serve as the country’s moral compass.

Herzog promised to be “the president of everyone” adding the “central expectation” of all Israelis “from me, from all of us, is to lower the tone, to lower the flames, to calm things down”.

“My mission, the mission of my term, is to do everything in order to rebuild hope,” he said in his inauguration speech.

The parliamentary chamber was festooned with large bouquets of white lilies for the inauguration. Military rabbis blew rams’ horns, followed by a performance by a children’s choir. Those assembled sang Israel’s national anthem.

Amid applause, Herzog and outgoing president Reuven Rivlin stepped away from the dais together.

“The truth is that I am a little envious of you,” Rivlin said in a letter to Herzog published earlier on Twitter.

He called it a “great and wonderful privilege” to be president of all of Israel’s communities – Jews and Arabs, religious and secular, young and old.

The new president’s grandfather, Yitzhak HaLevi Herzog, was the country’s first chief rabbi. His uncle, Abba Eban, served as foreign minister and ambassador to the UN and United States.

Herzog was elected to the presidency by the Knesset last month. He had previously served as head of the Labor Party and head of the opposition in parliament.

After leaving politics in 2018, he served as head of the Jewish Agency, a nonprofit organisation that works closely with the Israeli government to promote Jewish immigration to Israel and to serve Jewish communities overseas.

Taking office at a time of deep divisions in Israeli society, Herzog said upon his election he intends to be “the president of everyone” and work to preserve Israel’s democracy.

While most of the office’s function is to receive foreign dignitaries and other ceremonial roles, the president has the power to grant pardons.

That could become part of the national agenda if former prime minister Benjamin Netanyahu, who is on trial for corruption charges, is ever convicted.

Herzog’s inauguration comes less than a month after Israel swore in a new government under Prime Minister Naftali Bennett, who struck a coalition agreement with Foreign Minister Yair Lapid.

Netanyahu was removed from office after a 12-year stint as prime minister – the longest in Israel’s history – and now serves as opposition leader. 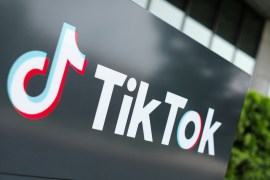 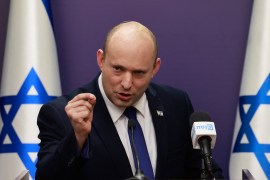 Law prevents Palestinians in occupied territories from citizenship and residency rights if they marry Israeli citizens. 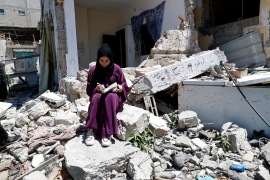