Haitian President Jovenel Moïse has been assassinated in an attack on his home, according to a statement from the country’s interim prime minister, who called the killing a “hateful, inhumane and barbaric act”.

First Lady Martine Moïse was shot in the attack and was hospitalised, Joseph said. Her condition was not immediately clear.

“The country’s security situation is under the control of the National Police of Haiti and the Armed Forces of Haiti,” Joseph said in a statement from his office. “Democracy and the republic will win.”

Haiti, the poorest country in the Americas, was already in a precarious political situation before the assassination, having grown increasingly unstable and disgruntled under Moïse.

Moïse, who was 53, ruled by decree for more than two years after the country failed to hold elections and the opposition demanded his resignation in recent months.

In the early hours of Wednesday, the streets were largely empty in the Caribbean nation’s capital of Port-au-Prince, but some people ransacked businesses in one area. After the attack, gunshots could be heard throughout the capital.

Joseph said police have been deployed to the National Palace and the upscale community of Pétionville and will be sent to other areas.

He said some of the attackers spoke in Spanish but offered no further explanation.

The Dominican Republic said it was closing the border it shares with Haiti on the island of Hispaniola.

Haiti’s economic, political and social woes have deepened recently, with gang violence spiking heavily in Port-au-Prince, inflation spiralling and food and fuel becoming scarcer at times in a country where 60 percent of the population makes less than $2 a day.

These troubles come as Haiti still tries to recover from the devastating 2010 earthquake and Hurricane Matthew that struck in 2016.

Laurent Dubois, author of Haiti: The Aftershocks of History, said there were still “a lot of details to be understood” about Moïse’s “shocking” assassination.

“There’s been an enduring political crisis worsening over the past several years,” he told Al Jazeera.

“Over the past months, in particular, there have been a lot of warnings coming from observers on the ground that the situation has gotten extremely distressing and deteriorating. This is part of that course of events but it is very difficult to understand exactly what transpired and also, worryingly, exactly what will unfold over the next couple of days in the wake of this.”

Moïse has faced fierce protests since he took office as president in 2017, with the opposition accusing him this year of seeking to install a dictatorship by overstaying his mandate and becoming more authoritarian – charges he denied.

In addition to presidential, legislative and local elections, Haiti was due to have a constitutional referendum in September after it was postponed twice due to the coronavirus pandemic.

Dubois, a professor of history at the University of Virginia, said Moïse left “a mixed legacy”.

“Since his election, there have been continual problems and contestation of his legitimacy as president,” he noted.

“Adding to that, most recently the COVID crisis has been dealt with very poorly.” 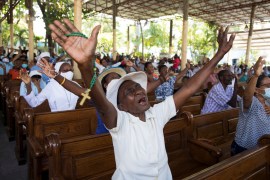 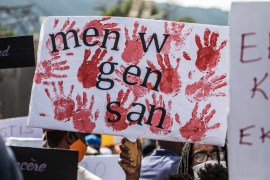 Killings come amid surge in gang violence in the Haitian capital that has displaced thousands in recent weeks. 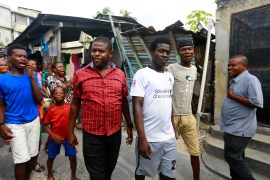