A decades-old passenger plane carrying 28 people crashed in Russia’s far east on Tuesday, leaving everyone on board, including at least one child, feared dead.

There were 22 passengers and six crew on board the Antonov An-26 twin-engined turboprop, which had been in operation since 1982 and belonged to a company called Kamchatka Aviation Enterprise.

Most were residents of Palana, a town which is home to about 2,900 people and near the Sea of Okhotsk. 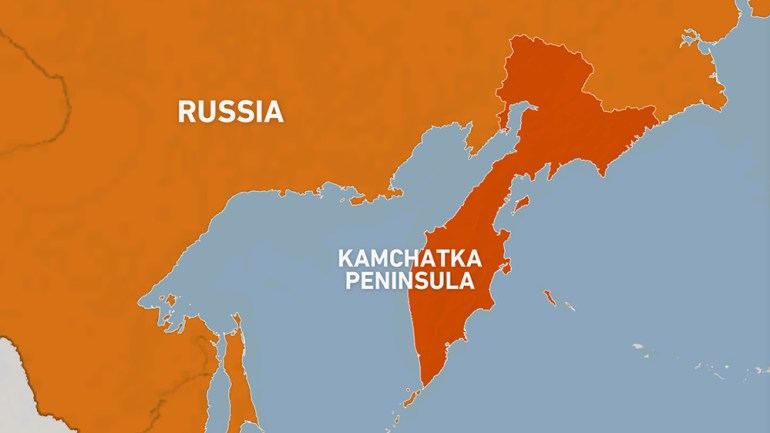 Russia’s civil aviation authority confirmed that the plane’s crash site had been found after the emergencies ministry dispatched a helicopter and deployed teams on the ground to look for the missing aircraft.

The operation located debris in the sea and on land, local officials said, but the death toll was not expected to be confirmed until Wednesday due to nightfall affecting responders’ efforts.

“The site is hard to access … [and] it is dark here already,” Kamchatka’s governor, Vladimir Solodov, told the NTV television network. “Most likely, we will have an official confirmation only tomorrow.”

The Kamchatka transportation prosecutor’s office told Al Jazeera an investigation into the cause of the crash was under way.

Russia’s Interfax news agency reported that the plane was thought to have hit a cliff as it was preparing to land in poor visibility conditions, citing local sources.

The plane was in fog and clouds on approach to Palana airport when it missed a scheduled communication and disappeared from radar, The Associated Press reported, citing officials from the Kamchatka region.

Russia’s state aviation agency, Rosaviatsiya, said that parts of the plane were found about five kilometres (three miles) from the airport’s runway.

Part of the fuselage – the aeroplane’s main body – was found on the side of a mountain, Russia’s Pacific Fleet told local news agencies. Another part was located floating in the Okhotsk Sea.

Sergei Gorb, deputy director of Kamchatka Aviation Enterprise, said the aircraft had “practically crashed into a sea cliff,” which was not supposed to be in its landing trajectory.

‘Too early to say what happened’

However, experts urged against drawing conclusions before the debris was fully examined.

He added the An-26 model, which has for decades been the most reliable mode of transportation in the remote and sparsely populated region, was typically a reliable aircraft.

Some 320,000 people live on the New Zealand-sized peninsula – where “bears outnumber people”, according to a local saying – and an adjacent archipelago.

The director of Kamchatka Aviation Enterprise, Alexei Khabarov, told Interfax that the plane was technically sound before taking off.

The Soviet-era Antonov model, which is still used for military and civilian flights in some countries, has been involved in dozens of deadly crashes since it entered service around 50 years ago.

In 2012, an Antonov An-28 plane belonging to the Kamchatka Aviation Enterprise crashed into a mountain while flying the same route as Tuesday’s flight, killing 10 people.

Investigators said both pilots were drunk at the time of the crash.

Flying in Russia can be particularly dangerous in the vast country’s isolated regions, such as the Arctic and the Far East, where weather conditions are frequently extreme.

With additional reporting by Mansur Mirovalev.