The tsunami warnings issued across the Pacific Ocean after a shallow earthquake of magnitude 8.2 struck the Alaska Peninsula have been lifted.

In Alaska, the National Tsunami Warning Center (NTWC) had issued the warnings for southern parts of the state, the Peninsula, and Pacific coastal areas from Hinchinbrook Entrance to Unimak Pass.

The US states of California, Oregon and Washington and the Canadian province of British Columbia were not expected to see any significant tsunami threats, Dave Snider, tsunami warning coordinator with the NTWC, told Reuters news agency.

“There might be some minor damage in some places [in Alaska], but a significant tsunami and significant damage from something like that is not expected,” Snider said. “That’s really fortunate in this case, because 8.2 is really strong enough to make a sizable wave, especially in that location of the world.”

The Pacific Tsunami Warning Center (PTWC) had also issued a warning for the US state of Hawaii and the US Pacific territory of Guam.

Meanwhile, Japan’s Meteorological Agency said there was no danger to the country, the public broadcaster NHK said.

The maximum wave height detected was 21cm (eight inches) above tide level with surges hitting at least six points off Alaska’s coastline, according to the NTWC.

Locals living close to sea level were told to evacuate to higher ground. No injuries or deaths were reported.

Videos posted on social media by journalists and residents in Kodia showed people driving away from the coast as warning sirens could be heard.

The NTWC had earlier said that it was also evaluating the level of tsunami danger for other US and Canadian Pacific coastal areas.

The USGS had earlier pegged the magnitude of the quake at 7.2.

The USGS said the quake was followed by eight aftershocks in the region, with two above magnitude 6.0.

Alaska is part of the seismically active Pacific Ring of Fire.

The state was hit by a 9.2-magnitude earthquake in March 1964, the strongest ever recorded in North America.

It devastated the capital Anchorage and unleashed a tsunami that slammed the Gulf of Alaska, the US west coast, and Hawaii.

More than 250 people were killed by the quake and the tsunami.

A 7.5 magnitude earthquake also caused tsunami waves in Alaska’s southern coast in October, but no casualties were reported. 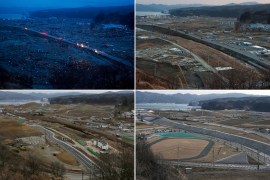 A decade after triple disasters, Japan faces immense challenges in returning to what was previously considered normal. 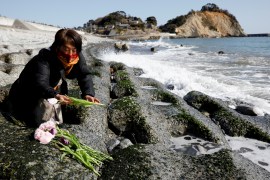 Japan observes a minute of silence to commemorate the lives lost in the triple disaster of March 11, 2011. 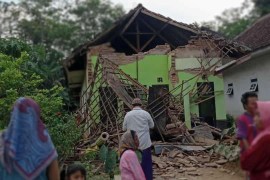 A 6.0 magnitude quake hits off Java, killing at least seven in the second disaster to strike the nation this week.