Kolkata, India – India’s ambitious railway project to connect a small northeastern Indian state along its border with China to the rest of the country is raising concerns among local forest dwellers and environmentalists.

The 45km (28-mile) project, work on which began in 2009, connects Sevoke in eastern state of West Bengal to Rangpo in the Himalayan state of Sikkim, with five stations between them, one of them underground.

Apart from bringing Sikkim onto India’s railway map, the project is being touted as an engineering marvel with its network of 14 tunnels and 17 bridges in a single broad-gauge rail line. Most of the railway project lies in West Bengal, with only 3.44km (2 miles) in Sikkim.

The government claims the project, once completed, will bring more income for local communities and boost tourism in the Himalayan region.

The project also aims to extend the railroad to Nathu La in Sikkim, on the India-China border, to facilitate troop movement in case of an emergency.

But environmentalists fear the railway project could threaten thousands of lives in the ecologically fragile Darjeeling Sikkim Himalayan (DSH) region that is prone to landslides, earthquakes and other natural calamities.

“The area lies in seismic zone IV and V which is highly vulnerable to earthquakes and such huge construction activities enhances the possibility of a catastrophic disaster,” Jatishwar Bharati, a geographical researcher based in West Bengal, told Al Jazeera.

“The rock formations are too young as the zone is formed with Phillitic Daling group rocks that do not have strong bonding. The zone is still building up and hence very unstable. Even minor vibrations can disturb their alignment leading to severe landslides and flash floods with mudflow during monsoon.”

Bharati referred to an accident at the project site last month when the rock inside one of the tunnels caved in during blasting, killing two workers and injuring five others.

“Natural calamities like earthquakes might not only damage the railway network but the loose layer of rocks as an indirect effect of construction activities and heavy vehicular movement can bring greater destruction to the livelihoods of people and biodiversity in the area.”

Former officials of the Geological Survey of India (GSI) conceded that the area is prone to landslides.

“The Darjeeling-Sikkim Himalayas has a reported history of landslides… But any major engineering project like this must have considered and taken into account all those factors,” retired GSI Deputy Director Niraj Kumar Sarkar told Al Jazeera.

“Construction of tunnels in the Himalayas itself is a challenging job due to complex geological, geomorphologic and hydrological factors. But technology ensures safe construction,” he said.

Sarkar said the authorities should “initiate some hydrological studies to dispel the fear of the locals regarding drying of natural streams during the construction of the tunnels”.

Activists say hydropower dams over the Teesta, a transboundary river flowing close to the railway project, has already made the area vulnerable to natural disasters.

“The Environment Impact Assessment (EIA) report and the related Environmental Management Plans (EMP) for two hydropower dams on Teesta had admitted that the hillsides around the project site were geologically fragile and any tampering with the slopes might result in severe landslides, increase danger of siltation in the reservoir, and affect the National Highway 31,” Soumitra Ghosh, environmental and forest rights activist, told Al Jazeera.

“We are already witnessing caving of roads in areas where dams have been built and the river water flooding the highway and turning people homeless.”

On July 8, heavy monsoon rains led to landslides in the Kalimpong and Darjeeling areas of West Bengal, with the Kalimpong site just 3km away from the railway project.

In fact, the water level of the Teesta River crossed the danger mark this year and flooded, inundating roads and leaving hundreds of families homeless.

The flooded area is less than 10km (6 miles) from the proposed railway line.

But it is not just dams that accelerate natural disasters, according to environmentalists deforestation and urbanisation do the same.

“Dams are just one of the causes that increase the risk of landslides. But other factors like indiscriminate urbanisation, deforestation and massive construction of roads also lead to natural disasters,” Himanshu Thakkar of the South Asia Network on Dams, Rivers and People (SANDRP), told Al Jazeera.

“Unfortunately in India, no studies are undertaken beforehand to understand the impact of such constructions in an area that is inherently prone to landslides and other natural catastrophes. The major interventions like blasting, tunnelling, cutting of the hills, building of roads and townships have impact on the landslide potential of the area.”

Apart from the risks and fears of the natural disasters in the Himalayan region, its forest dwellers also accuse the authorities of starting the railway project without their consent under India’s Forest Rights Act.

The law makes it mandatory for the government to seek approval from local village bodies for any construction in forest areas.

“No such permission was taken from us and the compensation [for eviction from the land] was paid after several years of starting the project,” said Amrit Chhetri, president of the Forest Rights Committee (FRC) formed by the villagers to protect their rights.

Chhetri said the railways department has so far identified 26 families that would be displaced by the project and has paid them 50 percent of the compensation.

“But we believe that the number of people could be several times more,” he said.

Railway officials also acknowledged that issues related to the rights of the forest dwellers led to delays and none of the 14 proposed tunnels has been completed.

“We are yet to complete any tunnel. The project has been delayed because most of the clearances were received only by 2019… The pandemic also delayed the project,” Mohinder Singh, the project’s director, told Al Jazeera.

As a result, the project’s budget has shot up by six times and has forced the government to set March 2023 as the new deadline.

Villagers also say the project has led to severe pollution in the area.

“We are living in a hellish condition as trucks transporting construction material throw dust, leading to respiratory issues,” Bikash Rai, 34, a resident of Melli where a railway station has been planned, told Al Jazeera.

“The dumping of the construction waste has also chocked the mouth of the local river on which we depend for drinking water and other purposes. We now get dirty water soaked with mud from the river.”

Rai said the villagers used to spot deer and other wild animals in the mountains, but they have “almost disappeared since the construction began”.

Swarup Saha, a local activist fighting for the rights of the forest-based communities, plans to present a motion in a court of law, alleging violation of the Forest Conservation Act, 1980.

“The railways violated rules by constructing tunnels causing a change in the status of the forest area without getting the final approval,” he said, demanding an “immediate quashing of the clearance for the project”.

Railway officials admitted they have not received the final approval for the project.

“The final approval takes time as it has to pass through various stages before being granted. We hope to get it soon,” Subhanan Chanda, chief public relations officer of the Northeast Frontier Railways, under whose jurisdiction the railway network is located, told Al Jazeera.

“We cannot speak much about the legal issues but all environmental concerns are addressed before green-flagging such projects. The damage to the flora and fauna would be bare minimum as the rail route would run mostly through the tunnels without affecting the surface,” he added. 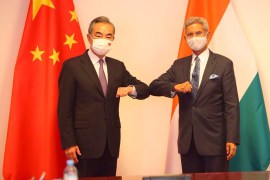 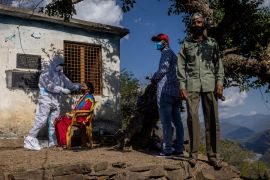 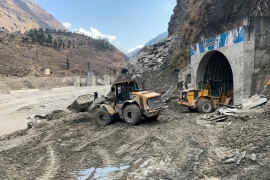 ‘They were warned’: Experts on India’s Himalayan glacier disaster

Experts tasked by India’s Supreme Court to study impact of receding glaciers on dams had warned the government in 2014. 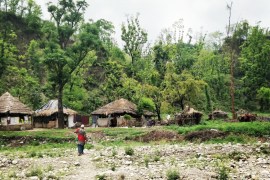