The Druze-majority Progressive Socialist Party also announced today that they would back Mikati.

However, Mikati lacks support from the majority of Christian parliamentarians. The Lebanese Forces’ 15 MPs announced that they would not name a candidate, while the Free Patriotic Movement’s 31 MPs have reportedly opposed Mikati as an option, seeing him as too close to Hariri.

A nominee that receives a majority of votes in parliament is then tasked with forming a government.

In Lebanon’s political system, the post of prime minister is held by a Sunni Muslim, the presidency is held by a Maronite Christian, and the speaker of parliament is a Shia Muslim.

The country has been without a full-fledged government for almost a year since caretaker Prime Minister Hassan Diab resigned following the Beirut Port explosion last August.

Lebanon continues to struggle from a crippling financial crisis that has rendered half its population into poverty and devalued the Lebanese pound by more than 90 percent.

The international community has repeatedly called on Lebanon to form a government committed to enact structural reforms and unlock development loans and aid to restructure and recover its economy.

In October 2020, Hariri returned as prime minister-designate, but was unable to agree with President Aoun over the size and sectarian distribution of a reformist and technocratic government. He resigned 10 days ago, as a result of the nine-month political deadlock.

Mikati previously held two terms as Lebanon’s prime minister; first in a caretaker government for three months in 2005, then in a full-fledged government from April 2011 until February 2014.

He was also minister of public works and transportation in 1998. He heads the Azm Movement party and is one of its three MPs currently in parliament.

The billionaire businessman and his brother Taha are the co-founders of the international multibillion-dollar holding company M1 Group.

In late 2019, Lebanese prosecutor Ghada Aoun brought charges against Mikati, his brother Taha and son Maher, and Bank Audi for illicit profiteering via subsidised housing loans. The Mikatis argued that the charges were politically motivated. 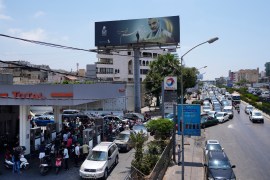 Lebanon to pay for 1 million tonnes of fuel a year in goods and services, helping ease its power shortage. 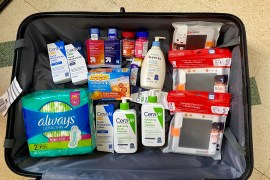 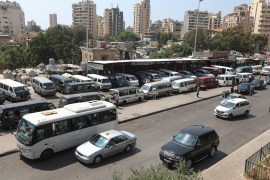