A US Department of Justice programme aimed at protecting American technology from China dropped five prosecutions of Chinese scientists after a draft of an internal FBI analysis questioned a main premise for the investigations, according to court documents.

The “China Initiative” had been criticised by civil liberties advocates as racially biased, and judges in several court proceedings had expressed scepticism about the FBI’s tactics in interrogating the scientists.

On Thursday and Friday, the US government filed motions in federal courts to dismiss charges in five cases of Chinese researchers arrested on visa fraud charges last year.

All pleaded not guilty to falsifying visa applications to conceal military ties as well as other charges.

The motions to dismiss the cases coincides with the new Biden administration’s Deputy Secretary of State Wendy Sherman visiting China on Sunday and Monday.

All five arrests occurred about a year ago when US-China relations were at a low point and now the world’s two largest economies are seeking to navigate a troubled relationship.

The Justice Department said in a statement that it was dismissing the cases in the “interest of justice”.

US-based Chinese officials could not be immediately reached for comment on the development.

“Recent developments in a handful of cases involving defendants with alleged, undisclosed ties to the People’s Liberation Army of the People’s Republic of China have prompted the Department to re-evaluate these prosecutions,” a statement by Justice Department spokesperson Wyn Hornbuckle said, without detailing what those developments were.

Court documents filed this month in two cases included FBI draft analysis that questioned how useful the investigation was in safeguarding technology developed in the United States. The report said that the visa application question about military service that ensnared the scientists was unclear.

The analysis was written in reaction to the China Tech Transfer Analysis Unit at the FBI being nominated for an award in February for the “high impact” of the “arrests of the PLA students”. PLA refers to the Chinese military.

The FBI unit leader disagreed on the impact of the arrests and removed the unit from the award nominations, according to the court documents.

Asked about the court filing, a Justice Department official answered by email that the “draft analysis prompted follow up questions and requests from defense counsel that we could not resolve before Monday’s trial date.”

One of the cases was scheduled to start on Monday.

The official said that in most of the cases the sentences would be a year or less and that the defendants have had their liberty restricted for that time whether in jail or out on bail.

Defence lawyers have said their clients’ only “crime” is running afoul of US-China politics.

John Hemann, a lawyer for Chinese brain researcher Song Chen, said they were “grateful and relieved” the case against her had been dismissed and “the government has done the right thing.” 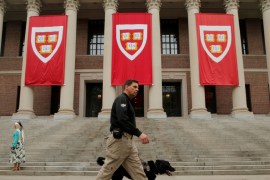 US charges Harvard prof with allegedly lying about China ties

A Boston University researcher is also charged with not disclosing she is allegedly a member of the Chinese military. 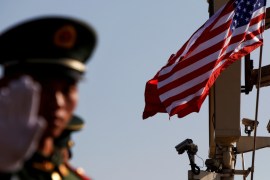 Researcher who took refuge in China consulate in US custody

Juan Tang is among four scientists charged with visa fraud for allegedly hiding their ties to the Chinese military. 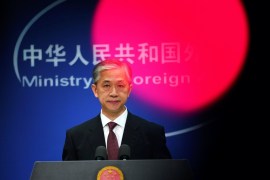 China accuses US of ‘harassing’ Chinese students and researchers

Criticisms comes after bail was denied to a CA university researcher accused of lying about her ties to China.