Australia on Friday avoided having the Great Barrier Reef listed as an endangered world heritage site by UNESCO, despite extensive climate change-spurred damage to the ecosystem’s corals.

The move by the UN body has faced criticism by environmental activists.

After a concerted lobbying effort by Canberra, members of the World Heritage Committee – including leading fossil fuel producers Russia and Saudi Arabia – voted in Fuzhou, China to give Australian conservation efforts more time.

The group brushed aside UNESCO experts’ recommendation that the reef’s World Heritage status be downgraded because of dramatic coral decline, instead of telling Australia to report on the reef’s status by 2022.

Areas once teeming with vibrant corals have become lifeless washed-out wastelands, and two-thirds of the reef is believed to have been damaged in some way.

Despite the damage, the reef remains a vital tourist draw for Australia, which had feared an “in danger” label could deter post-pandemic visitors.

Australia’s Environment Minister Sussan Ley had flown to Paris earlier this month to personally lobby member states on the committee, while key ambassadors were invited on a reef snorkelling trip.

Selina Ward, a Coral reef scientist from the University of Queens, said the government needs to take “dramatic action” in order to stop the damage.

“There is absolutely no doubt that the Great Barrier is under severe threat,” Ward told Al Jazeera.

“The data is there. The Great Barrier is still beautiful, and we can still save it, but we are getting more frequent mass bleaching events, which frequently result in large mortality on the reef… We are industrialising the coastline of the Great Barrier reef, which adds to water quality problems…

“We’ve lost considerable sections of the Great Barrier Reef, and if we don’t take dramatic action on climate change, we will get more and more bleaching events, and the reef will not have time to recover,” she added.

Environmental groups decried the decision as a political stitch-up.

“This is a victory for one of the most cynical lobbying efforts in recent history,” said Greenpeace Australia Pacific CEO David Ritter.

“This is not an achievement – it is a day of infamy for the Australian government.”

As the @UNESCO process unfolds it is becoming painfully clear that politics has squashed truth.

A decision on the reef’s status had already been postponed from 2015 when Australia successfully waged a similar diplomatic campaign and committed billions of dollars to reef protection.

“This is history repeating itself,” said Climate Council spokesman Will Steffen. “Australia must stop censoring science, and start taking the steps we know are required to help protect the reef,” he added.

Though Australian government scientists say corals have shown signs of recovery in the past 12 months, they admit the reef’s long-term outlook remains “very poor”.

As well as coral bleaching, the reef is also susceptible to damage from cyclones and outbreaks of crown-of-thorns starfish, which eat the coral.

UNESCO had accused Australia of failing to meet key water quality and land management targets, while also taking aim at the country’s conservative government for its lacklustre climate efforts. Canberra is facing growing international criticism for refusing to commit to net zero emissions by 2050.

The government has said it hopes to meet the target “as soon as possible” without harming the country’s fossil fuel-reliant economy.

The World Heritage Committee asked UNESCO to send a monitoring mission to inspect the reef, after Canberra criticised the agency for relying on existing reports to make its recommendation.

The decision comes after Venice also dodged the endangered list on Thursday, following Italy’s move to ban large cruise ships from sailing into the city centre.

However, Liverpool’s waterfront was deleted from the list entirely, amid concerns about overdevelopment, including plans for a new football stadium. 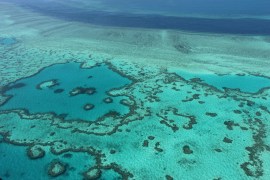 Fury in Canberra as UNESCO says world’s biggest reef at risk because of climate change. 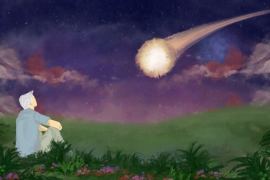 Comets, oceans and bubble wrap: Rebuilding after the pandemic

As rare comet blazes across the sky, can calls to save the environment and ‘build back better’ reach celestial heights? 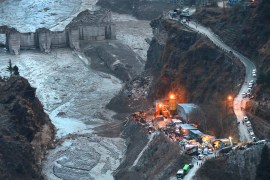 India dam disaster: The trigger event and warnings for the future

Questions are being asked about how the disaster happened, and what can be done to prevent similar incidents in future.