Tanzania’s main opposition party has said that its leader and other members will be charged with “terrorism” after being arrested in a sweeping midnight raid that has drawn international concern.

Chadema chairman Freeman Mbowe and 15 other members were rounded up during the night on Wednesday in a crackdown denounced as a throwback to the oppressive rule of the country’s late leader.

Police searched Mbowe’s house in Dar es Salaam and seized his laptop and other devices from family members before transferring the Chadema chairman to the city’s central prison, the party said on Thursday.

“We have received shocking information that Mbowe will be jointly charged with terrorism alongside the other suspects being held in prison in Dar es Salaam jail,” it said on Twitter.

Mbowe and the other Chadema officials were arrested in the Lake Victoria port city of Mwanza ahead of a planned public forum to demand constitutional reform.

The region’s police commander Ramadhan Ngh’anzi said Mbowe would later be returned to Mwanza to join the others who were arrested for organising the “banned” meeting.

“For now, he is safe in the central police station in Dar es Salaam,” he told reporters.

The detentions come four months after Tanzania’s first female President Samia Suluhu Hassan took office following the sudden death in March of John Magufuli, under whose authoritarian rule such clampdowns on the opposition were frequent.

In April, Hassan had reached out to the opposition and pledged to defend democracy and basic freedoms.

There were high hopes Tanzania would be steered away from the heavy-handed and uncompromising leadership of her predecessor.

But the roundup of key Chadema figures was condemned by rights groups and opposition activists as evidence the administration’s intolerance of dissent still prevailed.

Amnesty International described the arrests as “arbitrary” and part of an escalating campaign against the political opposition in a country once seen as a beacon of democratic stability in the region.

“Tanzanian authorities must stop targeting the opposition and trying to narrow the space they are able to operate in,” said Flavia Mwangovya, Amnesty’s deputy director for East Africa.

“These arbitrary arrests and detentions show Tanzanian authorities’ flagrant disregard for the rule of law, and human rights, including the rights to freedom of expression and association. These politically motivated arrests must stop.”

Unless the #Tanzania'n authorities have clear legal grounds to justify these arrests, all of the 11 @ChademaTz members must be immediately released. They must also account for the whereabouts of @freemanmbowetz and ensure his security and safe return. https://t.co/B6toNd9LAf

The United States said Wednesday it was confirming details of Mbowe’s arrest but that it would be “very concerning”.

Secretary of State Antony Blinken had encouraged Hassan in a July 6 telephone call to protect civil liberties and stressed “the importance of ensuring a democratic, peaceful, free and prosperous future for all Tanzanians”, State Department spokesman Ned Price said.

At least 150 opposition leaders, according to the United Nations, were arrested after denouncing what they said was huge fraud in an October 2020 election that returned Magufuli and Hassan to power for a second term.

The deeply COVID-sceptic Magufuli died in March of what the authorities said was a heart condition but his political opponents insisted he had contracted the disease. 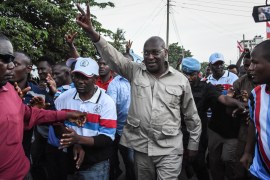 Freeman Mbowe and 10 other Chadema members were rounded up Mwanza ahead of planned conference, party says. 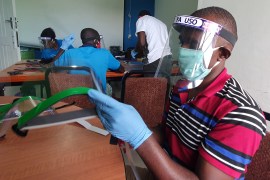 Samia Suluhu Hassan signals a shift in approach from the COVID scepticism of her late predecessor, John Magufuli. 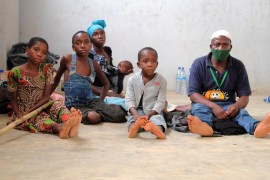 More than 1,000 people fleeing an attack on Palma were not allowed to cross into Tanzania to seek asylum, the UN says.