There were no injuries and the rockets landed outside the heavily fortified palace grounds, said Mirwais Stanikzai, spokesman for the interior minister.

Ghani continued with the prayers despite multiple loud explosions in the area, TV images showed.

The ISIL (ISIS) group claimed responsibility for the attack.

Video by national TV shows the moment rockets landed near the Presidential Palace during Eid prayers this morning. pic.twitter.com/WmEniyfLfM

The rockets, fired at approximately 8am (03:30 GMT) were heard across a so-called Green Zone, a heavily fortified area that houses the palace and several embassies, including the US mission.

Ghani later delivered a speech from an outdoor podium, broadcast on local media.

In a statement circulated on the messaging app Telegram, ISIL said: “Soldiers of the caliphate targeted the presidential palace … and the Green Zone in Kabul with seven Katyusha rockets.”

Rockets have been aimed at the presidential palace several times in the past, the last being in December.

The attack coincides with a sweeping Taliban offensive across the country as foreign forces wind up a troop withdrawal scheduled to be completed by August 31.

Unlike some previous years, the Taliban did not declare a ceasefire during the Eid holiday this year, despite urgent calls from Afghan civil society and the international community to end the fighting.

“This Eid has been named after Afghan forces to honour their sacrifices and courage, especially in the last three months,” Ghani said in his address to the nation following morning prayers.

“The Taliban have no intention and willingness for peace,” Ghani said. “We have proven that we have the intention, the willingness and have sacrificed for peace.”

On Monday, 15 diplomatic missions and the NATO representative in Kabul urged the Taliban to halt offensives, just hours after the group and the Afghan government failed to agree on a ceasefire at their talks in Doha.

“The Taliban’s offensive is in direct contradiction to their claim to support a negotiated settlement,” the statement read.

“It has resulted in loss of innocent Afghan lives, including through continued targeted killings, displacement of the civilian population, looting and burning of buildings, destruction of vital infrastructure, and damage to communication networks.”

For months, the two sides have been meeting on and off in the Qatari capital but have achieved little, with talks appearing to have lost momentum as the Taliban makes sweeping gains.

A joint statement late on Sunday said they had agreed on the need to reach a “just solution”, and to meet again next week.

“We also agreed that there should be no pause in the negotiations,” Abdullah Abdullah, who oversees the Afghan government’s delegation, said on Monday.

Following the weekend summit, Turkish President Recep Tayyip Erdogan announced that his administration hoped to start talks with the Taliban over the group’s refusal to let Ankara run the Kabul airport after US troops withdraw from Afghanistan.

Turkey has been negotiating with US defence officials over an offer to secure the airport, which is key to allowing countries to retain a diplomatic presence in Afghanistan after the troop withdrawal.

Fighting, meanwhile, continues in Afghanistan, with both the Taliban and the government claiming gains in various parts of the country.

Over the weekend, the Taliban’s supreme leader Hibatullah Akhundzada said he “strenuously favours” a political settlement – even as the group continues its offensives.

The Taliban has been capturing districts, seizing border crossings and encircling provincial capitals as foreign forces prepare to fully exit by late August.

In Washington, the State Department said that some 700 interpreters and their immediate family members who are fleeing Afghanistan will be relocated to an army base in the state of Virginia. 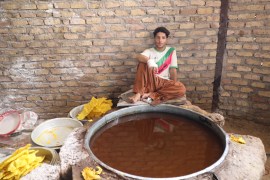 ‘Does this feel like Eid to you?’: No festival cheer for Afghans 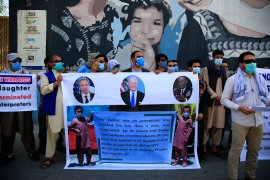 US to evacuate 2,500 Afghans to US military base in Virginia

First group of Afghan evacuees to be housed at Fort Lee while other groups may go to foreign bases and other countries. 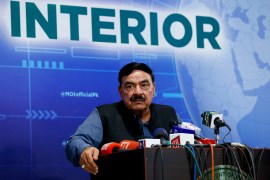 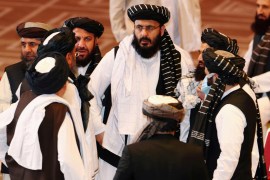 Taliban and Afghan government delegation say they will expedite peace negotiations as fighting rages in the country.