Srinagar, Indian-administered Kashmir – When a court in India’s metropolis of Mumbai acquitted Mohammad Irfan of “terrorism” and other charges on June 15, he did not know how to react and became numb in his seat.

The 33 year old and his family, residents of Nanded in the western state of Maharashtra, had waited for the moment for nine years.

“I couldn’t move from my seat for some time when the court acquitted me … Finally, the terrorist tag was gone,” he told Al Jazeera.

“I was innocent and I knew I would walk out a free man one day, but I had never thought it would take nine years.”

Irfan, 33, was among five Muslims arrested in 2012 from Nanded by the anti-terrorism squad (ATS) of the Maharashtra police under various charges, including the stringent anti-terror law: the Unlawful Activities (Prevention) Act, or UAPA.

The five men were linked to a seizure of firearms in the state. Police alleged they were part of a conspiracy by the Pakistan-based armed group, Lashkar-e-Taiba (LeT), to kill prominent politicians, police officers and journalists.

Nine years after his arrest, Irfan and co-accused Mohammed Ilyas, 38, were acquitted by the Mumbai court of all charges, citing a lack of evidence.

The court convicted the three others – Mohammed Akram, Mohammad Muzammil and Mohammed Sadique – under the UAPA and other charges and sentenced them to 10 years in prison.

Last month, Bashir Ahmad Baba, a resident of the Rainawari area of Srinagar in Indian-administered Kashmir, was acquitted of similar charges by a court in Gujarat state’s Anand city after 11 years.

In February 2010, Baba had gone to Gujarat’s main city of Ahmedabad to attend a workshop on cancer treatment organised by the NGO he was working for.

On the day he was supposed to return to Srinagar, the Gujarat police arrested him under the UAPA. He was accused of recruiting Muslim men to send them to “training camps in Pakistan to spread terror in India”.

In sections of the Indian media, the 44-year-old Baba was branded as a “Pepsi bomber” for his alleged ability to assemble Improvised Explosive Devices in empty Pepsi cola cans.

Police accused him of involvement in agitations in Indian-administered Kashmir and throwing IEDs in Pepsi cans at the security forces. But the charges could not be proven during the trial.

UAPA has become a convenient tool to target activists, religious and ethnic minorities and to spawn fear among people to manufacture a rationale for an authoritarian state to act with impunity.

During Baba’s 11-year imprisonment, both his sisters got married and he lost his father to cancer in 2017.

“I couldn’t see my sisters in their bridal wear. I couldn’t pay last respects to my father when he died of cancer. In fact, I got to know about his demise two months later,” he told Al Jazeera.

“Only me and my God know how I spent those 11 long years in prison.”

Irfan and Baba are just two among hundreds of predominantly Muslim or left-wing activists charged under the UAPA and other terrorism laws who have been imprisoned for years, some even for more than a decade, before courts find them innocent.

Although the UAPA had been in force since 1967, India’s parliament inserted a dedicated chapter towards punishing terrorist activities only in 2004.

In recent years, scores of journalists, activists and students have been booked under UAPA, leading to widespread criticism of the law.

According to data shared by India’s home ministry in parliament earlier this year, there has been a 72 percent increase in the number of arrests made under the UAPA in 2019 compared with the number made in 2015.

Government data also shows that of the 5,922 people arrested under the law between 2016 and 2019, only 132 were convicted – roughly two percent of the total arrests.

On Thursday, a special court of the National Investigation Agency (NIA), India’s premier anti-terror agency, discharged activist and politician Akhil Gogoi in a UAPA case against him in connection with the citizenship law protests. Gogoi had been in jail since December 2019.

Last month, the Delhi High Court granted bail to three student activists – Asif Iqbal Tanha, Devangana Kalita and Natasha Narwal – who were charged under the UAPA for protesting against a controversial citizenship law and jailed for more than a year.

“We are constrained to express that it seems that in its anxiety to suppress dissent, in the mind of the State, the line between the constitutionally guaranteed right to protest and terrorist activity seems to be getting somewhat blurred,” the court said in its bail order.

“If this mindset gains traction, it would be a sad day for democracy.”

Irfan, who has an eight-year-old son, told Al Jazeera that a day after he was summoned to a police station for questioning in August 2012, the police declared him a “terrorist” in media reports.

He said his family had to live as recluses after their neighbours and relatives stopped interacting with them, fearing they might also get in trouble for being in touch with a “terrorist’s family”.

I know the government will not take any action against the officers who arrested me under fabricated charges.

Before his arrest, Irfan ran a successful business dealing in electricity inverters in Nanded and earning around $1,000 a month.

But the long imprisonment meant he not only lost his prime years of life, but his business as well. His family was forced to dispose of his stock in his inverter shop to meet the cost of the long legal battle.

When Irfan’s family ran out of funds, they approached Jamiat Ulema-e-Hind, a Muslim organisation, whose lawyers fought his case without charging any fees.

“I know the government will not take any action against the officers who arrested me under fabricated charges but the least they can do is to help me financially to restart my life again,” Irfan told Al Jazeera.

Baba said he kept himself busy during his 11 years’ imprisonment with studies, earning two masters degrees in political science and public administration as well as a diploma in Intellectual Property Rights.

He is now 44, unmarried, jobless and worried about his future.

“There should be a rehabilitation programme for people like me who have been incarcerated for years on fabricated charges and our lives destroyed.”

Lawyer and rights activist Vrinda Grover told Al Jazeera that the UAPA is being “used as a political weapon to silence voices of activists and human rights defenders that contest the views of the state”.

It is also being used “to demonise Muslims and Kashmiris as terrorists,” she said, calling UAPA a “very stringent law that departs from ordinary criminal laws” and allows the state to “curtail the liberty of suspects”.

Grover said there should be greater judicial scrutiny, particularly at the initial stages of a case, whether the facts presented by the police warrant invoking the UAPA or if the offence falls under the provisions of India’s penal code.

“UAPA has become a convenient tool to target activists, religious and ethnic minorities and to spawn fear among people to manufacture a rationale for an authoritarian state to act with impunity,” she said.

Grover said the courts should grant bail to those facing undertrials involving the UAPA and the state should be directed to prove its case in court within a short time.

Speaking to Al Jazeera, prominent activist Harsh Mander said there is a “kind of a consensus across governments to arm themselves with these powers” to imprison people for long periods where the “process itself becomes the punishment” for the accused.

“We shouldn’t allow the state to be armed with these powers when 100 years ago, our freedom struggle picked up on the ground of battling precisely these powers of the colonial government,” Mander said.

“There should be both a rehabilitation policy and also the accountability of officers responsible for framing people in false charges.” 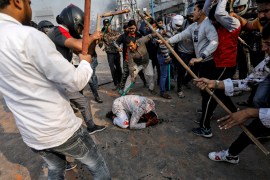 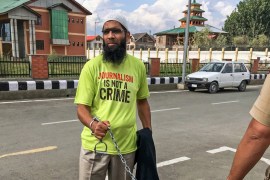 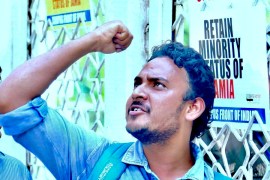 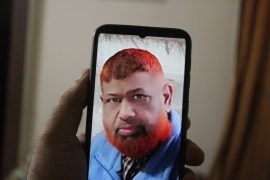 Arrested in Gujarat while attending seminar on Muslim education, they were accused of having links with a banned group.