The Ethiopian government has denied blocking humanitarian aid to its northern Tigray region and said it was doing all it could to rebuild infrastructure amid accusations it is using hunger as a weapon.

The Tigray People’s Liberation Front (TPLF), which ruled the region bordering Eritrea, said earlier this week it was back in control of the Tigrayan capital, Mekelle, after nearly eight months of fighting.

The Ethiopian government declared a unilateral ceasefire which the TPLF dismissed as a joke.

There are reports of continued clashes in some places as pressure builds internationally for all sides to pull back.

“The allegation that we are trying to suffocate the Tigrayan people by denying humanitarian access and using hunger as weapon of war is beyond the pale,” Deputy Prime Minister Demeke Mekonnen told diplomats in Addis Ababa on Friday.

“We have been exerting every possible effort to rebuild damaged infrastructure and restore electricity, telecoms, internet and banking services.

“These critical infrastructures continue to be a target of attack by the TPLF, which has made it extremely difficult to provide uninterrupted services to the people.”

Ethiopian soldiers, backed by troops from neighbouring Eritrea and fighters from the Ethiopian region of Amhara, to the south of Tigray, have been battling the TPLF since November 2020 after Addis Ababa accused the region’s then-governing party of attacking federal military bases, an allegation rejected by TPLF officials.

TPLF spokesperson Getachew Reda has repeatedly told Reuters news agency this week that the group condemns the government’s shutdown of services as a continued act of war and is ready to facilitate international aid group access to save its people from starvation.

Early last month, the United Nations said at least 350,000 people in Tigray faced famine. The US Agency for International Development last week estimated the number at 900,000.

On Friday, the UN’s World Food Programme (WFP) said it resumed deliveries in Tigray but faces continuing access problems and is “way behind” in bringing life-saving supplies to people facing starvation.

“WFP suspended its operations for only about 48 hours and we began operating in the northwest fairly quickly thereafter, managing to reach probably by the end of this weekend probably about 40,000 people,” said Tommy Thompson, WFP emergency coordinator, speaking by satellite phone from Mekelle on Friday.

“We hope to start dispatching in central zones that were extremely hard hit and have lots of IPC 4 and 5 later today,” he said, referring to international food insecurity classifications for emergency and famine, respectively.

He added that fighting continued in some “hot zones”, and that its 35 staff had been “trapped” during the hostilities. But Thompson said he was “cautiously optimistic” an air bridge could be set up in coming days to speed aid delivery.

On Monday, Ethiopian Prime Minister Abiy Ahmed, the winner of the 2019 Nobel Peace Prize, announced a unilateral ceasefire in the embattled region and the withdrawal of federal troops from Tigray.

However, the central government’s army pullout was slammed by the rebel fighters as an “absolute lie,” claiming instead that they forced them out of the city. 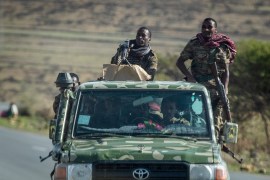 Tigrayan fighters say they forced Ethiopian troops out of regional capital but gov’t insists it was tactical withdrawal. 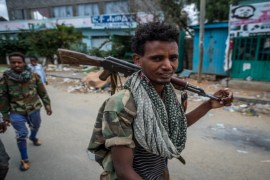 Could fighting in Ethiopia’s Tigray trigger a wider conflict? 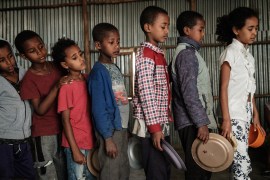 Ethiopia is falling apart, but Abiy still has a choice

By allowing much-needed aid to reach starving Tigrayans, the Ethiopian PM may prevent his country’s disintegration.