Turkish President Recep Tayyip Erdogan is set to travel to the self-declared Turkish Republic of Northern Cyprus (TRNC) on Monday for a two-day official visit. He has said he will deliver “good news” in the breakaway state.

But the visit could also further stoke tensions with Greek Cypriots and the European Union over the divided Eastern Mediterranean island, already high over Turkish ambitions in the region and its support for a two-state solution to the Cyprus dispute.

On Tuesday, Erdogan will attend an event marking the 47th anniversary of Turkey’s military intervention – seen as an invasion by Greek Cypriots – on the island and will address the Northern Cyprus parliament in a special session.

“I hope we will give messages in the best manner possible for the establishment of the world peace for the island and the whole world through the ceremonies [in Northern Cyprus],” he said in remarks on Friday.

“We have a good step. We have finished the preliminary studies,” the Turkish president said, without giving any further details on the issue.

The island of Cyprus has been divided since 1974, when Turkey militarily intervened in response to a brief Greek-backed coup. Turkey said it acted in accordance with a Treaty of Guarantee, signed in 1960 when the Republic of Cyprus was established, which allows Greece, Turkey and the United Kingdom to intervene in disputes.

Since the establishment of the TRNC in 1983, the north has been described as an “occupied part of Cyprus” by the United Nations Security Council. Only Turkey recognises the so-called TRNC as an independent state.

The Republic of Cyprus, which controls the south of the island and has a Greek Cypriot government, became an EU member in 2004.

Repeated diplomatic initiatives over decades to end the dispute have failed.

A UN-initiated gathering in Geneva last April failed to broker a deal between Turkish and Greek Cypriot leaders to resume negotiations stalled in 2017. An Ankara-backed Turkish Cypriot push for a two-state solution to the dispute in Geneva only escalated tensions.

The Greek Cypriot side, and the international community in general, back a federal solution.

Mensur Akgun, a professor of international relations at Istanbul Kultur University, said Erdogan is expected to strongly underline his support for a two-state solution to the island’s dispute during his visit.

“Turkey has gradually shifted its stance from a federal solution on the island to two-state solution as a settlement could not be found to the dispute on the grounds of the former after decades of talks,” he told Al Jazeera.

“However, Turkey has not yet put forward a road map to convince the international community and the Greek Cypriot to divert into this direction,” Akgun said, adding that this should be the next step on the Turkish side.

European Commission President Ursula von der Leyen said on Thursday the EU would “never accept” a two-state proposal for a solution in Cyprus.

“I want to repeat that we will never, ever, accept a two-state solution, we are firm on that and very united, and this is what Cyprus can expect,” von der Leyen stated during a visit to the island.

“The most precious part is unity in the EU, and the knowledge that all 26 member states at the European level are standing by your side,” she said, speaking alongside President Nicos Anastasiades.

Akgun said in order to convince the world to accept a two-state solution, Ankara should promote Northern Cyprus as an independent entity and treat the de facto state as its equal.

“It should also start talking to the Greek Cypriot side and offer something to them in order to convince them into [agreeing to] a two-state solution,” he added. 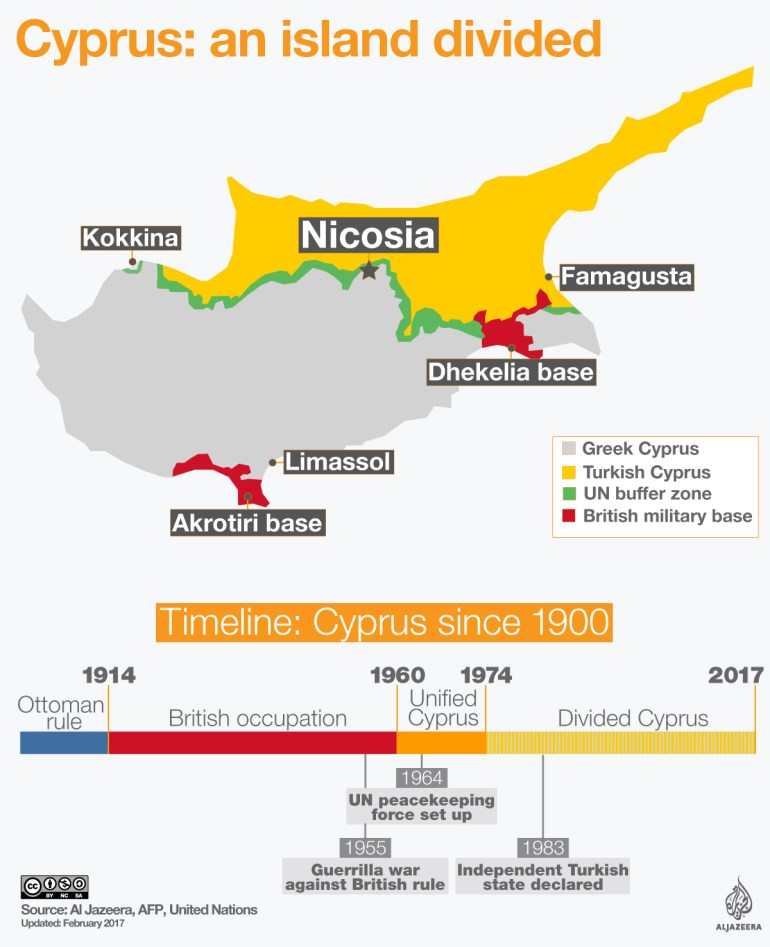 During his Northern Cyprus visit, Erdogan, as he did in November 2020, is expected to pay a visit to the abandoned beach resort of Varosha, whose Greek Cypriot residents fled during the 1974 Turkish incursion.

In his November visit to the island, Erdogan went to Varosha and said the area would be reopened to the public and that Greek Cypriots would be able to apply at a Turkish Cypriot commission, the Immovable Property Commission, to claim rights to their properties in the resort.

Turkey is also at odds with Greece, another EU member, over energy resources and jurisdiction in the waters in the Eastern Mediterranean, and the countries came to the verge of a military confrontation last year as Turkish vessels explored for hydrocarbons in the region.

Erdogan has repeatedly said Turkey would not cease exploratory activities in the Eastern Mediterranean amid Greek and EU opposition.