For diabetics, managing their blood sugar levels typically means pricking their fingers multiple times a day with a lancet and then placing a drop of blood on a testing strip. Understandably, some diabetes sufferers avoid the painful process by minimising their tests.

However, this latest test works by embedding an enzyme that detects glucose into a transistor that can then transmit the presence of glucose, according to Paul Dastoor, professor of physics at the University of Newcastle in Australia, who led the team that created it.

He said the tests create the prospect of pain-free, low-cost glucose testing which should lead to much better outcomes for diabetes sufferers.

“Your saliva has glucose in it and that glucose concentration follows your blood glucose. But it is a concentration about 100 times lower which means that we had to develop a test that is low cost, easy to manufacture, but that has sensitivity about 100 times higher than standard glucose blood test,” Dastoor told Al Jazeera.

Since the electronic materials in the transistor are inks, the test can be made through low-cost printing.

“The materials that we work with are remarkable, they are electronic inks that can act as electronic material, but the difference is that we can print them at massive scale using a reel-to-reel printer, the same that you use to make newspapers,” Dastoor said.

The project secured A$6.3 million ($4.7m) in funding from the Australian government to establish a facility to produce the test kits should clinical trials be passed.

Dastoor says the technology could also be transferred to COVID-19 testing and allergen, hormone and cancer testing.

The university is already working with Harvard University on a test for COVID-19 using the same technology. 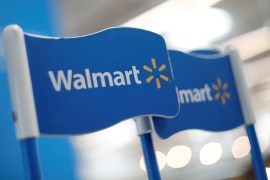 Walmart launches low-priced own brand analog insulin in US

The world’s largest retailer is offering affordable insulin drugs for millions of Americans living with diabetes. 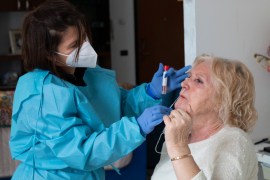 The cancer patients being treated in their homes due to COVID

Doctors in Italy fear another health emergency may soon arise – of non-COVID patients neglected during the pandemic. 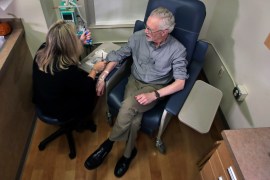 New medicine made from living cells given by infusion reduces plaque on the brain, gives hope for sufferers.