Continuing attempts to curb the sale of wild animals and their meat have failed to engender change at wet markets in the Asia Pacific, even as the region struggles to contain the largest and deadliest wave of COVID-19 since the start of the pandemic.

According to the World Health Organization (WHO), nearly three-quarters of emerging infectious diseases that spread to humans originate in animals.

The SARS virus, for example, which killed 800 people between 2002 and 2004, is thought to have started in bats before spreading to civets at a wildlife market in the Chinese city of Foshan.

In April, after its investigative team in China concluded a seafood market in Wuhan was the most likely route by which COVID-19 first jumped to humans, WHO took the unprecedented move of urging countries to pause the sale of captured wild mammals at wet markets as an emergency measure.

Animal welfare groups in Asia have been making the same demands for years, saying the unsanitary and cruel conditions in which wild and domestic animals are kept at wet markets are the perfect breeding ground for zoonotic diseases.

Several Asian countries have passed new laws to curb the sale of ‘bush meat’ and limit activity at wet markets during the pandemic.

But nearly all attempts to stamp out the trade have been hamstrung by the continuing popularity of bush meat among some people in Asia, the sector’s vast economic value and a lack of enforcement.

Stopping the trade “will be a challenging exercise,” said Li Shuo, global policy adviser for Greenpeace in China.

Last July, a presidential decree was issued in Vietnam suspending all wildlife imports and introducing much stiffer penalties for violators, including up to 15 years in prison.

But a survey last month by PanNature, an NGO, found no positive changes in the trade of wildlife products had occurred at the local level in Vietnam. Wet markets in the Mekong Delta and other parts of the country were found to still be selling turtles, birds and endangered wildlife species.

In Indonesia, the site of Asia’s worst COVID-19 outbreak with more than 2.5 million cases and at least 67,000 deaths, the Ministry of Environment and Forestry has been trying to convince local officials to close wildlife markets around the country since the start of the pandemic.

Officials in the city of Solo in Central Java were among those who took note, ordering the culling of hundreds of bats at Depok, one of the country’s largest bird, dog and wildlife markets. But the victory proved short lived.

“They brutally exterminated hundreds of bats when COVID-19 first hit and stopped selling them,” said Lola Webber, coalition coordinator at the Dog Meat-Free Indonesia Coalition. “But from what I’ve heard from my sources, it’s now business as usual.”

Marison Guciano, founder of Flight, an NGO protecting Indonesian birdlife, confirms Webber’s claim. “I was there one week ago and they are still openly selling bats as well as snakes, rabbits, turtles, ferrets, beavers, cats, dogs, hamsters, hedgehogs, parrots, owls, crows and eagles.”

The same scenario is playing out at wet markets across Indonesia.

In April and May of last year, a few months after the pandemic began, global animal rights group PETA began visiting wet markets known to sell wildlife in Vietnam, Thailand, Cambodia, the Philippines, Indonesia and China.

“We expected new rules and regulations to have been put in place but we saw it was business as usual, with all different species in filthy cages, some alive, some dead, sometimes in the same cages,” says PETA’s Asia spokesperson Nirali Shah. “These environments are extremely frightening and stressful for the animals, which weakens their immune system and makes them more vulnerable to diseases that can jump across species and then to humans.

“At some markets, we saw animals taken from cages, killed on countertops streaked with blood from other species and workers not wearing gloves, no hygiene at all. This combination of risky factors is like a ticking time bomb waiting for a new pandemic to begin,” she says.

In China, where a total ban on the trade and consumption of wildlife was issued in February last year as the coronavirus surged in Wuhan, the situation has improved but only marginally, according to Shah.

“You can no longer see exotic wildlife for sale openly at wet markets in China. But they still sell all kinds of birds in unsanitary conditions. And in a lot of those markets we found that if you want a certain animal, no matter what it is, vendors can get it for you despite the ban.”

This is not the first time China has attempted to end the bushmeat trade.

In 2002, wildlife markets were closed because of SARS but reopened later because of economic pressure. In 2016, the Chinese Academy of Engineers valued the country’s wildlife industry at $76bn, with bush meat accounting for $19bn of business activity each year and employing 6.3 million people in China.

In Malaysia, captured wildlife and bushmeat was sometimes sold at wet markets before the pandemic. But it was more commonly available through direct sales and restaurants.

“Don’t tell me with 300 to 500 personnel in an area, the existence of restaurants and illegal premises selling exotic animals can’t be detected?” Abdul Hamid said at the time.

Elizabeth John, the Kuala Lumpur-based spokesperson for TRAFFIC, an NGO fighting the illegal trade in wildlife, says raids are a signal of both success and failure.

“In forming this joint task force between police and the wildlife officials, it’s definitely a move in the right direction,” she said. “But the fact that we have seen seizures continue even during the pandemic shows that warnings have not changed attitudes among consumers. Despite the risks it poses, the desire to eat wildlife is still out there.”

While arrests and prosecutions are up in Vietnam, conservationists warn the scourge of trafficking continues. 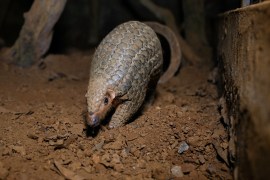 A month after WHO declared COVID-19 a pandemic, Al Jazeera visits ‘wet’ markets, whose trade is blamed for the outbreak. 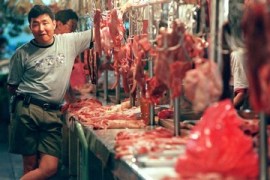 101 East investigates how the illegal wildlife trade is wiping out rare species on the Indonesian island of Sulawesi. 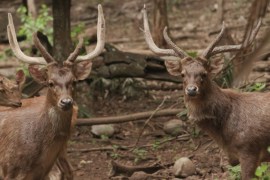