The Suez Canal netted Egypt a record $5.84 bn in the last tax year, its chief said on Sunday, despite the coronavirus pandemic’s effect on world trade as well as a six-day blockage of the busy waterway by a giant cargo ship.

Authorities netted “the highest revenues in the history of the canal, hitting $5.84 billion”, more than two percent up from the previous year, he said in a statement.

Rabie said the SCA’s “marketing and flexible pricing policies (had) helped maintain a good rate of traffic through the canal and earned the trust of our partners”.

But the period was far from plain sailing.

The statement came just four days after the huge container ship MV Ever Given, which had blocked one of the busiest shipping lanes for six days in March, finally steamed away after its Japanese owners reached a compensation deal with Cairo.

The nearly 200,000-tonne vessel had run aground and become wedged across the canal during a sandstorm on March 23, blocking a vital artery from Asia to Europe that carries 10 percent of global maritime trade and provides Egypt with vital revenues.

It was only refloated six days later, after a huge salvage operation that saw one SCA employee killed.

Egypt, which takes a toll from ships traversing the canal, said the crisis cost it as much as $15m per day, while maritime insurers estimated the cost to world trade to be in the billions.

The SCA said some 9,763 ships had passed through the canal in the first six months of the year, two percent more than the same period last year. 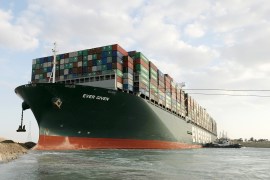 Ship Ever Given that blocked Suez Canal released

The Ever Given left the canal’s Great Bitter Lake where it was held for three months amid a financial dispute. 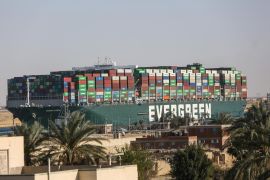 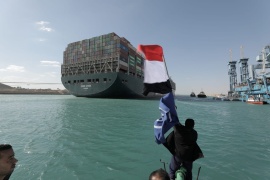