An effort by US President Joe Biden to reunite migrant families separated by the previous administration has so far reunited seven children with their parents, according to a US Department of Homeland Security (DHS) report.

According to the 22-page progress report released on Tuesday, at least 2,127 children are still believed to be separated, though it said that number is expected to change as data is analysed as “some children and parents may have already reunified on their own.”

In the coming weeks, 29 families are set to be reunited.

Biden issued an executive order shortly after taking office that established a task force to reunite children separated from their families at the US-Mexico border under former President Donald Trump, calling such separations a “human tragedy”.

The Trump administration split apart thousands of migrant families under a blanket “zero-tolerance” policy that called for the prosecution of all unauthorised border crossers in early 2018. Government watchdogs and advocates have found the separations began before and continued after the policy.

The practice, which drew widespread condemnation, was one of several restrictive policies put in place by the Trump administration aimed at discouraging migrants from coming to the US’s southern border.

The Biden task force, using information from advocates and ongoing litigation, has identified roughly 3,900 children separated from parents at the border and 1,700 cases that remain under review, the report said.

Of the 3,900 separated children identified, nearly 1,800 have been reunited with a parent. Nearly all of those happened before the creation of the task force, the report said.

The Biden administration must work quickly to reunite these families in the US and provide them with permanent legal status, resources, and care.

In 2018 the American Civil Liberties Union (ACLU) sued the Trump administration in federal court challenging what it called a “cruel and illegal practice” and calling for the families to be reunited.

The Biden administration has promised to reunite parents who are still apart from their children, but the pace has been slow, and according to the report, the main challenge has been the fact that the Trump administration did not keep or provide sufficient records of the families.

The first four parents were returned to the US last month, part of what the task force identified as an initial group of 62 people – 28 from Guatemala, 20 from Honduras, 13 from El Salvador and one from Mexico. Administration officials said 29 of the 62 have received final clearances to return to the US, which should occur after travel arrangements are made.

The report also provided data that had not been previously released. Nearly 60 percent of children separated under the zero-tolerance policy were Guatemalans (2,270), followed by Hondurans (1,150), Salvadorans (281), Mexicans (75), Brazilians (74) and Romanians (23). 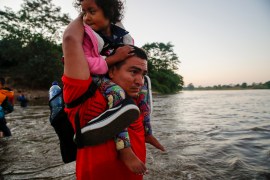 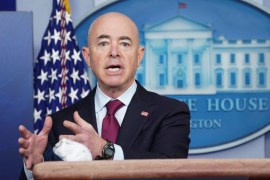 DHS Secretary Alejandro Mayorkas said establishing a more humane policy at the US southern border is going to take time. 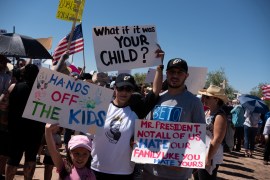 Four families separated during the administration of Donald Trump will be reunited this week, officials said.