“Blink” is the official name for the most dedicated fans of South Korean K-pop superstars Blackpink, currently considered the world’s most marketable girl group. In the over-the-top language of the truly obsessed, Blinks say they will ‘”always protect and love Blackpink under any circumstances”.

This time, Blinks in Malaysia and around the world were upset by a line from Namewee’s latest parody song: You Know Who Is My Father? released on YouTube on May 28. They universally slammed the song – performed in a creole mix of Malaysia’s main languages (Malay, Mandarin and other Chinese dialects and Tamil) and English known as “Manglish” – as misogynistic and sexist.

Amid the controversy, the song garnered 4.5 million views and more than 68,000 comments in less than two weeks. Many accused Namewee of sexism and disrespecting women and called on the rapper to apologise for debasing the group.

But these comments only made Namewee goad his detractors further. “Thanks for giving me view rate, please continue! How you like that that that that,” wrote the rapper, referencing Blackpink’s hit song: How You Like That.

Namewee has made a name for himself by courting controversy and ruffling the feathers of the Malaysian authorities and fans alike.

The Malaysian-born artist first attracted attention in 2007 because of a provocative song he produced while studying in Taiwan: I Love My Country, Negarakuku – a play on the title of Malaysia’s national anthem which includes the local slang for “penis”. The video was supposed to be a lighthearted take on the challenges the Malaysian Chinese minority faces in the majority Malay Muslim country but it almost got him charged under the colonial-era Sedition Act. He was forced to make an official apology and take the song down from YouTube.

Depending on who you ask, Namewee is not just a provocateur.

For some, he is a fearless activist, a bold filmmaker, a comedian with a sly sense of humour.

To others, he is a troublemaker who stirs up racial controversy.

Last year, members of the ruling coalition’s youth wing, as well as a local artistes’ association complained to the police about his film Babi (Malay for “pig”, a word often used as a racial slur in multiethnic Malaysia), which depicts a school riot that local authorities allegedly tried to cover up 20 years ago for fear of inflaming racial tensions. Many of Malaysia’s ethnic minorities live under a social contract that champions the rights of the majority ethnic Malays.

Namewee has pilloried the hothouse world of K-pop before. In a 2015 video, K-pop Idol, which has been viewed 6.7 million times, the rapper has plastic surgery and becomes a beautiful Korean pop star.

But in You Know Who Is My Father? – sponsored by an online casino – he takes aim not at K-pop or Blackpink but at nouveau riche Malaysian Chinese elites, delivered in a style not dissimilar to South Korea’s Park Jae-sang, better known as Psy, purveyor of the mega-hits Gangnam Style and Daddy.

In fact, beneath the satire lurks a serious social message.

Namewee is upfront about his intentions in the video’s description. He highlights what he calls “the moral of the song” with a familiar piece of social commentary: “Don’t play play with rich people, they can PIAK [“hit”] your face anytime they want, even in the steamboat restaurant.” This is a reference to an incident in Kuala Lumpur in January when two wealthy customers had a spat in a local restaurant.

But Namewee’s parody of Malaysia’s elite did not sit well with Blackpink’s fans.

“Very local references to global icons are now being promptly subjected to the scrutiny of Blackpink’s global fandom,” Liew Kai Khiun, a Singapore-based independent researcher of transnational cultural studies, and a committee member of the Inter-Asia Popular Music Studies Group, told Al Jazeera. “The monitoring of any mentions and references to K-pop idols is also part of the emotional commitment of fans.”

Besides Malaysians, thousands of Blinks from places as diverse as Turkey and Latin America flooded the comments section of Namewee’s video, telling him to “respect Blackpink” and “respect women”. One user, Jendukie, advised the rapper to be ready to face the consequences, because “you mess with the wrong fandom”.

Don’t mess with the army

According to a 2020 poll by #KPopTwitter, Malaysia is the seventh-strongest K-pop market in the world. K-pop in Malaysia is huge and its biggest acts are promoted endlessly.

Joanne BY Lim, an associate professor in cultural studies at the University of Nottingham Malaysia, and the co-editor of The Korean Wave in Southeast Asia, believes that K-pop’s current success is due to online streaming after K-pop lost its Malaysian fanbase thanks to its repetitive formats towards the tail end of the 2010s.

One key strategy was the use of social media to involve the group’s most dedicated fans in the bands and producers’ decision-making.

“The ability to communicate with like-minded individuals (and up until recently, to chat directly with bands) altered immensely the K-pop experience for fans, while providing them with a real sense of belonging to this community,” Lim told Al Jazeera.

When popular groups like Blackpink and BTS started collaborating with US producers using English instead of the genre’s staple Korean lyrics, K-pop became even more globalised, amassing a legion of fans.

In Namewee’s latest song, Lim sees two dynamics at play. On the one hand, Blinks’ accusations seem to be an overreaction to the song as they fail to understand its irony. On the other hand, their response has opened the door to the condemnation of sexual harassment.

“If we focus on the lyrics, one can expect such dissent to be inspired by many recent movements ranging from #MeToo to #MakeSchoolsASaferPlace, whereby a 17-year-old Malaysian student lodged a police report against her teacher over an alleged rape joke during class, sparking a debate on misogyny in Malaysia,” Lim said.

Cleaning up their act

Critics of K-pop culture have often berated its sexualisation of women and its “toxic” culture of fandom. So Namewee being told to “respect” Blackpink has more than a hint of hypocrisy. Cultural analyst Lim believes that “the K-pop star image tends to objectify women,” as it adapts to the demands of the global pop music market.

In more conservative Malaysia, the success of K-pop, and of Blackpink in particular, has also driven local versions of the songs and videos.

“By changing the lyrics, we are making it easier for kids to choose a more positive form of entertainment,” said Usamah Kamaruzaman, a sound engineer and spokesman for Tarbiah Sentap Records, home to artists such as the Faith, Syed Salahuddin, the Truth, and Rabithah.

The latter released Hatiku (My Heart), an “Islamic” version of Blackpink and Selena Gomez’s racy hit Ice Cream, in October 2020, transforming the original lyrics filled with sexual innuendo into a declaration of love for Allah in the Malay language, garnering more than 280,000 views in the first couple of weeks after it was released on YouTube.

It is unclear whether clean-cut nasyid K-pop passed under the Blinks’ radar because of the language barrier.

For Namewee, though, views of You Know Who Is My Father? have risen amid the Blinks’ online protestations.

But he kept it in the Mandarin vocals and subtitles, and the Blinks continued to rage against it.

On Monday, the video was removed from YouTube for infringement of regulations, leaving only a lyrics-only version and a video on how the song was made on the site.

User Jendukie was perhaps right: Blinks’ reach is global and they really are the “wrong fandom” to mess with even for a seasoned provocateur such as Namewee. 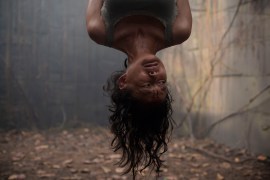 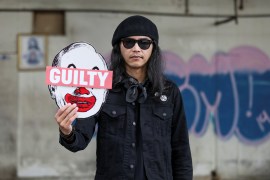 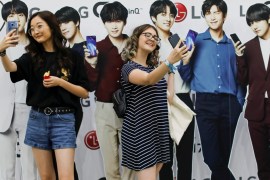 Are K-pop and BTS fans a new force for social justice? 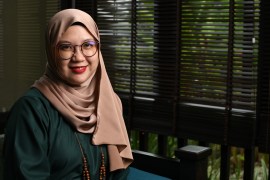 Hanna Alkaf is drawing attention with books that draw on history, culture and religion to tell deeper truths.