Hundreds of police in the Philippines will start wearing body cameras during operations, its police chief has announced, heeding demands from human rights groups for accountability after thousands of killings and allegations of cover-ups.

The announcement came after public outrage about another fatal shooting on Monday of a woman by an off-duty policeman, which led to condemnation from activists who say police brutality has become systematic under President Rodrigo Duterte and his bloody war on drugs.

The killing of Lilibeth Valdez, 52, was recorded on a mobile phone and shared on social media sparking widespread condemnation.

Policeman Hensie Zinampan was seen in the video pulling Valdez’s hair before he shot her in the neck. Administrative and criminal charges have been filed against him.

The Commission on Human Rights said it was investigating the killing.

“After a string of recent deaths and killings being attributed to police officers, we urge the PNP to translate commitments of internal cleansing into actual reduction of cases of human rights violations on the ground. One death is one too many,” the agency said following the killing.

Human Rights Watch (HRW) said the latest shooting “was disturbingly reminiscent” of a December 2020 killing of a mother and her son by a police officer in the province of Tarlac.

“The case shows that police accountability may only be possible if the crime is caught on camera,” said Carlos Conde, HRW Asia Division senior researcher.

“These incidents underscore the need for police to wear body cameras with appropriate protocols during operations. While cameras alone won’t stop police abuses, they bring a measure of transparency during police operations.”

Valdez was laid to rest at a ceremony on Friday.

Philippine police have been accused of executing suspects then staging crime scenes and fabricating reports, emboldened by what activists say is a culture of impunity under Duterte. Police and government reject those claims.

Police chief Guillermo Eleazar said to combat police abuses and erase doubts about the legitimacy of operations, more than 600 officers would be using body-worn cameras on Friday.

In a statement, Eleazar also said the cameras were a tribute “to the policemen whose ultimate sacrifice in the line of duty were tainted by claims of extra-judicial killings, planting of evidence and other unfair allegations”. 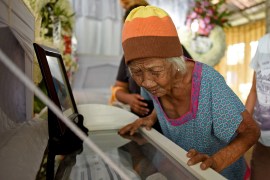 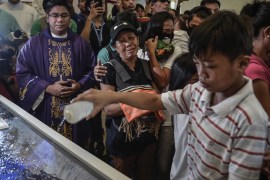 The Philippines: when the police kill children

The story of Kulot, one of the many teenagers suspected to have been killed as part of President Duterte’s war on drugs. 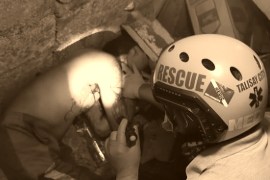