Hundreds of runners took part in the event on Friday which began in Sheikh Jarrah and ended 3.5km (2 miles) away in Silwan. Dozens of Palestinians living in the two neighbourhoods face the threat of losing their homes to Israeli settlers.

Al Jazeera’s Hoda Abdel Hamid, reporting from East Jerusalem, said the runners were wearing white T-shirts with “7,850” printed on them, representing the number of people activists say are facing forced expulsion in the city.

Abdel Hamid said Israeli security forces had attacked the protesters with stun grenades to disperse them, even though the run was peaceful.

“The young people were simply singing and cheering and were happy that they had done a marathon,” she added.

One of the runners, Jalal Abu Khater, posted images of his bruised leg and tweeted: “I was beaten six times, attacked by Israeli forces, for running in my ancestral town & city.”

Out of nowhere, Israeli forces raided the finish line, where we had gathered and been singing songs, drinking water, and resting our legs.
They were violent, attacked everyone indiscriminately, beating, throwing grenades, & firing rubber bullets at some.
#SaveSilwan pic.twitter.com/pWHNN7EerF

Palestinians trying to keep the light on Sheikh Jarrah and Silwan by running a marathon were met with Israeli violence ranging from stun grenades to their special Death to Arabs brutality. https://t.co/mimmkxqeQm

Protests in May against the forced expulsions of Palestinians in Sheikh Jarrah frequently drew violent responses by the Israeli security forces.

On May 9, amid growing tensions, the Israeli High Court delayed a ruling on the expulsion of four Palestinian families. A new court date would be announced in 30 days, it said.

Hamas, the Palestinian group that rules Gaza, fired several rockets at Israel on May 10 following the expiration of the group’s ultimatum demanding Israel stand down its security forces from the mosque compound.

Israel then bombarded Gaza for 11 days, killing at least 253 people, including 66 children. Rockets fired by armed groups in Gaza killed at least 12 people in Israel.

Rights groups say expulsions could still proceed in the coming months, potentially igniting another round of fighting.

Israeli rights group Ir Amim, which closely follows the court cases, estimates that at least 150 households in the neighbourhoods of Sheikh Jarrah and Silwan have been served with expulsion notices and are at various stages in a long legal process.

The settlers are using a 1970 law that allows Jews to reclaim properties lost during the 1948 war surrounding Israel’s creation, a right denied to Palestinians who lost property in the same conflict, including Palestinian citizens of Israel.

Israel captured East Jerusalem, home to holy sites sacred to Jews, Christians and Muslims, in the 1967 war and annexed it in a move not recognised internationally.

Israel views the entire city as its capital, while Palestinians want East Jerusalem as the capital of their future state.

Meanwhile, some 20 people were injured in separate demonstrations that took place on Friday against illegal Israeli military outposts and settlements near the occupied West Bank city of Nablus. 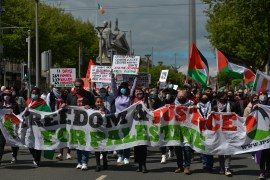 Is Ireland changing the consensus on Israel-Palestine? 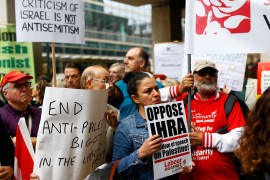 How the JDA can and cannot advance Palestinian rights

The Jerusalem Declaration on Anti-Semitism is not, as some argue, ‘an Orientalist text’. 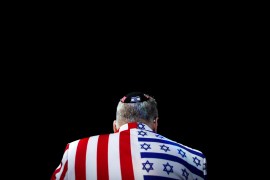 What are the real reasons behind the US media and state institutions’ apparent pro-Israel bias? 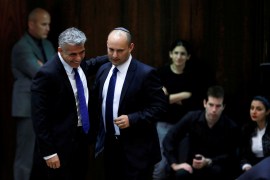 Many Palestinians sceptical that a change in Israeli government due to replace PM Netanyahu will improve their lives.