Former US President Donald Trump is suspended from Facebook for two years, the social media company announced on Friday, adding that they will no longer exempt public figures from some of its protocols.

“Given the gravity of the circumstances that led to Mr. Trump’s suspension, we believe his actions constituted a severe violation of our rules which merit the highest penalty available under the new enforcement protocols,” Facebook Vice President of Global Affairs Nick Clegg said in a statement.

“We are suspending his accounts for two years, effective from the date of the initial suspension on January 7 this year.”

The company’s announcement comes after an oversight board put together by Facebook criticised its initial indefinite suspension of Trump following the former president’s praise of the US Capitol rioters on January 6.

Last month, the oversight board upheld the suspension, but said it was “not appropriate for Facebook to impose the indeterminate and standardless penalty of indefinite suspension”, with Michael McConnell, co-chair of the panel, telling reporters “indefinite penalties of this sort, do not pass the international or American smell test for clarity, consistency, and transparency”.

The board called on Facebook to “review this matter to determine and justify a proportionate response that is consistent with the rules that are applied to other users of its platform” within six months.

Clegg said on Friday, “In establishing the two year sanction for severe violations, we considered the need for it to be long enough to allow a safe period of time after the acts of incitement, to be significant enough to be a deterrent to Mr. Trump and others from committing such severe violations in future, and to be proportionate to the gravity of the violation itself.”

When Trump’s suspension is eventually lifted, Clegg added, “there will be a strict set of rapidly escalating sanctions that will be triggered if Mr. Trump commits further violations in future, up to and including permanent removal of his pages and accounts”.

Facebook’s decision is sure to be the target of criticism from conservative Trump supporters.

Trump quickly weighed in, slamming the decision in a statement: “Facebook’s ruling is an insult to the record-setting 75M people, plus many others, who voted for us in the 2020 Rigged Presidential Election.

“They shouldn’t be allowed to get away with this censoring and silencing, and ultimately, we will win. Our Country can’t take this abuse anymore!”

Clegg on Friday, anticipating a firestorm from the former president and conservatives, said, “We know that any penalty we apply — or choose not to apply — will be controversial.”

“There are many people who believe it was not appropriate for a private company like Facebook to suspend an outgoing President from its platform, and many others who believe Mr. Trump should have immediately been banned for life,” Clegg continued.

“We know today’s decision will be criticized by many people on opposing sides of the political divide — but our job is to make a decision in as proportionate, fair and transparent a way as possible,” he said.

White House press secretary Jen Psaki told reporters Friday, “We learned a lot from President Trump – the former president – over the last couple of years about his behavior and how he uses these platforms. It feels pretty unlikely that the zebra’s going to change his stripes over the next two years.”

Facebook’s suspension of Trump, who was also suspended from Instagram and banned from Twitter, was the first time Facebook had blocked a US president or other head of state. Until Friday’s announcement, Facebook had allowed politicians more leeway with its content moderation rules because their posts were considered newsworthy.

“Instead, we will simply apply our newsworthiness balancing test in the same way to all content, measuring whether the public interest value of the content outweighs the potential risk of harm by leaving it up.” 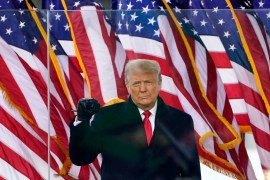 Facebook suspended the then-US president for inciting violence in the wake of the 2020 presidential election. 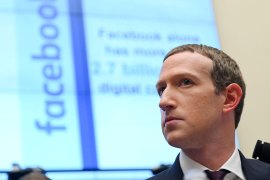