A United Nations court on Wednesday convicted two former allies of late Serbian President Slobodan Milosevic of war crimes for their role in financing and equipping Serb militias during the break-up of the former Yugoslavia.

Judges in The Hague handed the former head of Serbia’s state security service, Jovica Stanisic, and his subordinate Franko “Frenki” Simatovic 12 year sentences for aiding and abetting crimes committed in a Bosnian town in 1992.

“The trial chamber is satisfied that the accused provided practical assistance which had a substantial effect on the commission of the crimes of murder, forcible displacement and persecution committed in Bosanski Samac,” a summary of the judgment provided by the court said.

However, the court said there was not sufficient evidence to convict them of other crimes in other towns and villages in Bosnia and Croatia as the former Yugoslavia violently disintegrated in the early 1990s.

Stanisic, 70, and Simatovic, 71, had pleaded not guilty to the charges levelled against them and may appeal the court’s decision.

Wednesday’s ruling came after a years-long retrial for the pair and marks the final UN prosecution for crimes committed during the bloody breakup of Yugoslavia.

Separate but related conflicts, which led up to and resulted from Yugoslavia’s disintegration in 1992 after the fall of communism, left some 130,000 people dead and millions displaced.

Prosecutors had argued Stanisic and Simatovic were a direct link between Milosevic and his government in Belgrade, Serbia, and crimes committed in Bosnia and Croatia as part of an “ethnic cleansing” campaign against non-Serbs that left thousands dead and drove 340,000 from their homes.

The pair were accused of being part of a joint criminal enterprise that included Milosevic, who died in The Hague in 2006, and Bosnian Serb leader Radovan Karadzic, also serving a life sentence.

They had asked for life sentences for both men.

But the court said that while the pair were “aware of the campaign of murder, persecution, and forcible displacement” to drive non-Serbs out of Croatia and Bosnia, the prosecution had not proved beyond reasonable doubt that they were part of the plan.

Al Jazeera’s Nikolina Zavisic, reporting from the Croatian capital, Zagreb, said Wednesday’s verdict was “not the end” of the case, however, with victims, their relatives and survivors of the crimes committed by Stanisic and Simatovic reportedly left unsatisfied by their sentences.

“Both the prosecution and the defence have the right to appeal,” Zavisic said.

In 2013, Stanisic and Simatovic were acquitted of crimes against humanity and war crimes in a shock verdict at the International Criminal Tribunal for the former Yugoslavia (ICTY) in The Hague.

But in 2015, in a rare turnabout after protests and an appeal by prosecutors, judges ordered a retrial on the grounds that the initial trial saw legal errors.

The retrial took place at the UN International Residual Mechanism for Criminal Tribunals.

Earlier this month, appeals judges at the same court confirmed former Bosnian Serb military chief Ratko Mladic’s convictions for his role in atrocities throughout the Bosnian war, upholding his life sentence for genocide.

Munira Subasic, president of one of the “Mothers of Srebrenica” associations that campaigns for justice for victims of the 1995 massacre of some 8,000 Muslim men and boys, told the AFP news agency Wednesday’s judgement “will do justice to the victims of Bosnia.”

“The victims are never satisfied but it’s important that they have been found guilty, even if it is just for the crimes committed at Bosanski Samac,” she separately told local television. 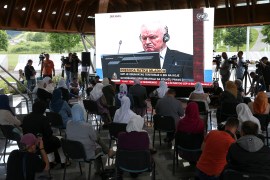 After the Mladić verdict, I want to thank the man who saved me

In July 1995, I faced certain death at the hands of Ratko Mladić’s army. A man named Kenneth Biser saved me. 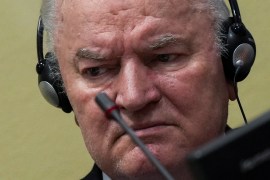