China is marking the Chinese Communist Party’s centenary on July 1.

Inspired by the Bolshevik Revolution in Russia, a group of Chinese revolutionaries secretly founded the CCP in the city of Shanghai on July 23, 1921. At the time, China was an impoverished country, racked by civil war.

With the backing of a mostly rural population, in 1949, the CCP succeeded in routing the nationalist government of Chiang Kai-shek, who retreated to the island of Taiwan.

On October 1 of that year, CCP Chairman Mao Zedong proclaimed the People’s Republic of China in Beijing.

Once in power, Mao attempted to speed up China’s industrial development with bold but sometimes disastrous policies, which included the Great Leap Forward of 1958 – a campaign of agricultural collectivisation that resulted in an estimated 30 million people starving to death.

Mao thrust the country into chaos once again in 1966, when he launched the Cultural Revolution and unleashed the fanatical Red Guards to destroy all vestiges of China’s “feudal culture”. Historians believe as many as two million people may have lost their lives in the anarchy that engulfed the country.

When Mao died in 1976, the CCP’s new leaders embarked on a series of political and economic reforms, including opening up the country to international trade and investment. In the five decades since, the CCP has overseen breakneck economic growth that has lifted tens of millions of people out of poverty and transformed China into a major global power.

At 100 years old this year, the CCP is one of the few communist parties to have maintained power into the 21st century. Under President Xi Jinping – China’s most powerful leader since Mao – the party has further embedded itself across Chinese society and ruthlessly silenced dissent, including in Tibet, Xinjiang and Hong Kong.

Many analysts say CCP is at the peak of its power on its centenary, but the party faces a new host of challenges, both at home and abroad.

They include economic inequality, environmental degradation, and tensions with the United States and other developed nations over trade, politics and human rights. 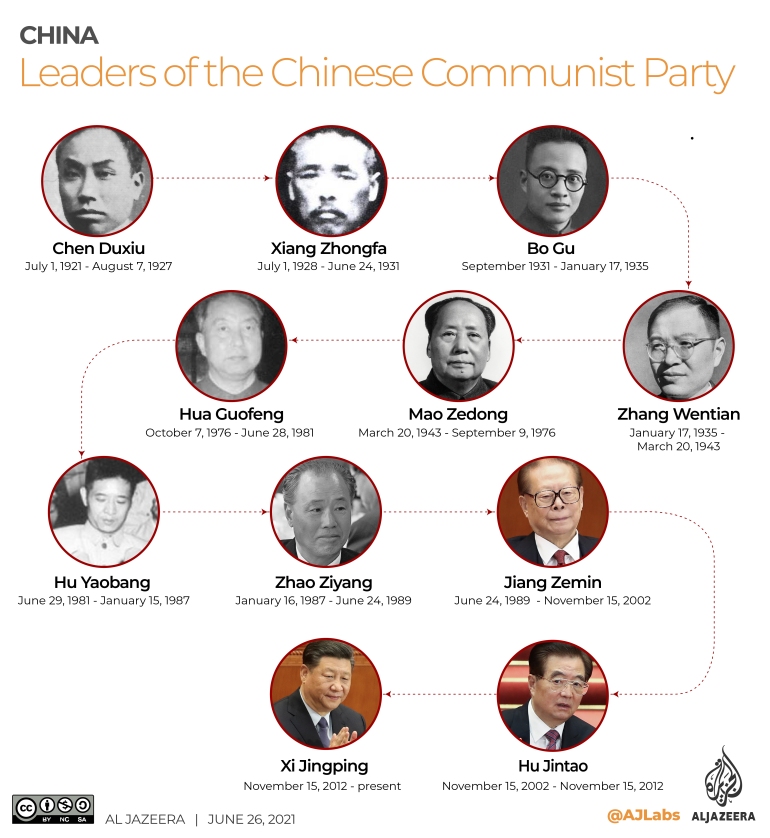 Here are some key moments in China’s history since the CCP was founded:

The Chinese Communist Party has approximately 92 million members, which is about 6.6 percent of the entire Chinese population.

The CCP oversees the central, provincial, and local bodies of government. The smaller parties allowed into the National People’s Congress (NPC) are those who accept the CCP as the major power player.

Once every five years the National Party Congress of the CCP meets, and approximately 2,000 delegates (numbers vary from leader to leader) meet to finalise the selected members for the Central Committee, which is about 200 people. The Central Committee meets once a year, and elects the Political Bureau (Politburo), which can include up to 25 people. The Politburo is the governing body of the CCP. 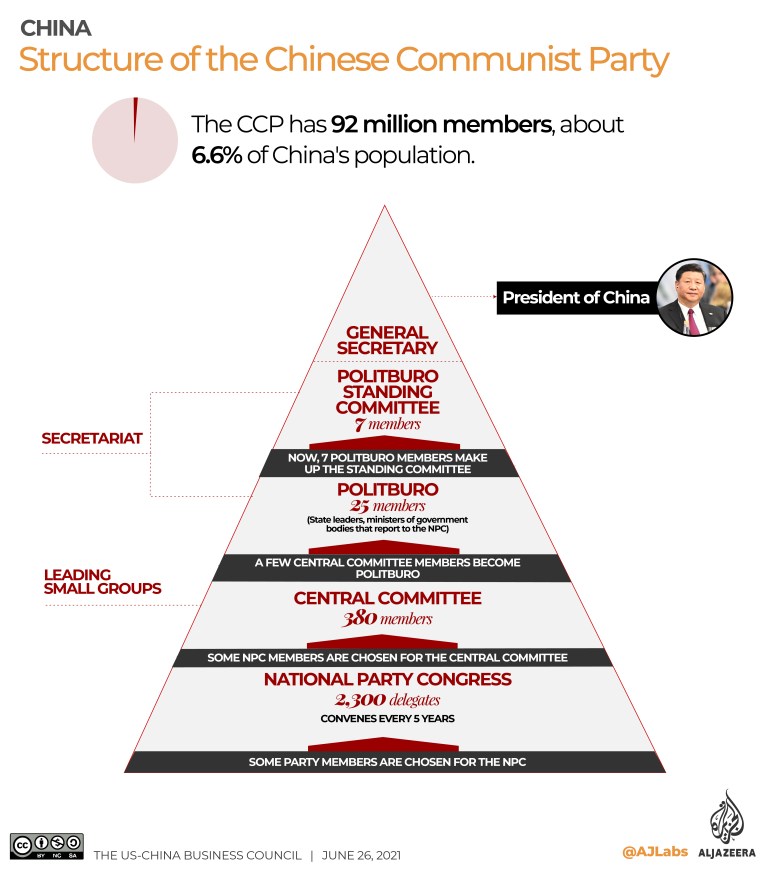 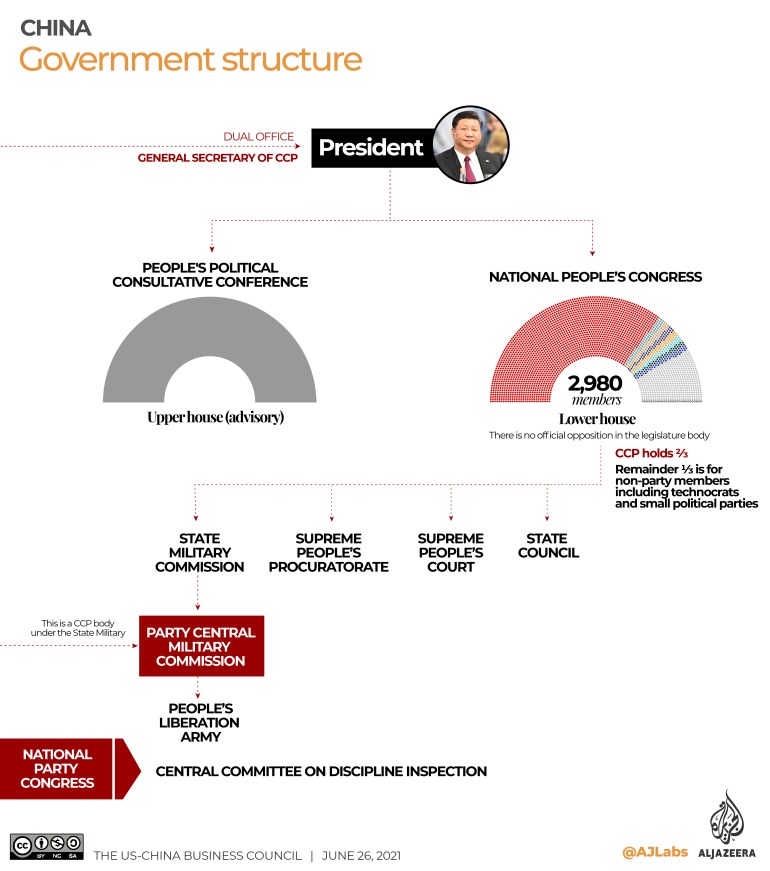