Algeria’s president has named Finance Minister Ayman Benabderrahmane as prime minister, asking him to form a new government as the country seeks to curb a deep socioeconomic crisis.

The presidency on Wednesday announced the 60-year-old’s appointment to replace Abdelaziz Djerad, who resigned last week following a parliamentary election on June 12.

“Aimene Benabderrahmane has been appointed prime minister and charged with carrying on consultations with political parties and civil society to form a government as soon as possible,” the presidency statement said.

OPEC member Algeria has been under financial pressure because of lower oil and gas revenues, the main source of state finances, causing a widening trade deficit.

The crisis has worsened further during the COVID-19 pandemic, forcing the government to delay several planned investment projects in various sectors.

The North African nation of 45 million people has not yet managed to diversify the economy away from oil and gas despite attempts to develop the non-energy sector.

Unemployment stands at more than 12 percent, according to World Bank figures.

Elected in December 2019, President Abdelmadjid Tebboune has said repeatedly he will carry out political and economic reforms after mass protests demanding the departure of the ruling elite forced his predecessor Abdelaziz Bouteflika to resign in April 2019.

On Wednesday, Tebboune, who had previously expressed dissatisfaction with Djerad and his cabinet, thanked him for leading the government “during difficult conditions”, particularly the coronavirus pandemic. 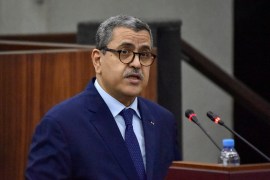 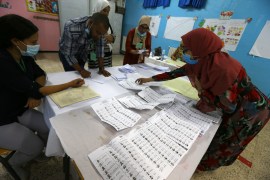 The FLN party’s 105 seats were well short of the 204 needed to secure a majority in the 407-seat parliament. 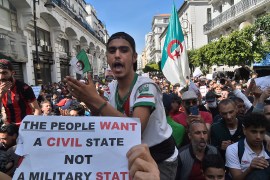 The government alleged the outlet had shown ‘clear and repeated hostility’ towards Algeria and its institutions.