A four-storey building collapsed in western Rio de Janeiro before dawn Thursday, killing at least one infant and one adult and damaging nearby residences, the city’s fire department said. Four people were rescued from the debris.

The irregular construction consisted of four small homes built atop one another. A spokesperson for the fire department said. City officials confirmed to The Associated Press in an email that the structure had no licence.

Irregular constructions have long plagued Brazil. Latin America’s largest nation is suffering through one of the world’s worst outbreaks of coronavirus.

The accident that occurred about 3am (06:00 GMT) in Rio das Pedras, a working-class neighbourhood, underscored the difficulties authorities run into trying to tamp down on illegal constructions in areas run by paramilitary gangs.

Paramilitary groups, commonly referred to as “militias” in Brazil, made up of former firefighters, police and soldiers, often take control of public land and build illegal housing to rent informally. Many people choose to live in such residences because they are cheaper.

“With me, militias are not going to build any more crap in this city,” Rio Mayor Eduardo Pães said Thursday.

Police killed 25 people last month in a raid on suspected drug traffickers in one of Rio’s largest slums, the Jacarezinho favela.

According to Rio’s Department of Conservation, since January more than 180 irregular buildings have been demolished in the West Zone alone, and more than 150 notifications were also issued. A notification is the first step towards demolition, the department said.

Rio’s Regional Council of Engineering and Agronomy, the public entity responsible for overseeing engineering in new constructions, said security was a major issue in numerous parts of the metropolitan area.

“We are not able to enter the community to know if the work is OK,” the regional council’s president, Luiz Antonio Cosenza, told the AP.

City officials said they had blocked access to seven buildings close to the fallen structure, and all 20 of its residents were relocated.

Maria Augusto da Silva, who lives in the building opposite the one that collapsed, said she started screaming when she heard a terrifying noise in the middle of the night.

“I was desperate, I thought this was the end of the world,” she said. “I asked God that it saved me and my family. But the noise kept going and going.”

Once the street got quieter, she grabbed her two young grandsons and fled the house, making her way through the debris outside her doorstep.

The disaster echoed another deadly collapse in the city. In 2019, two condemned buildings that had been built without permits in an area run by illegal militia groups collapsed in Rio, killing two dozen people. 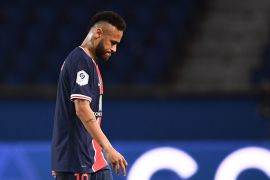 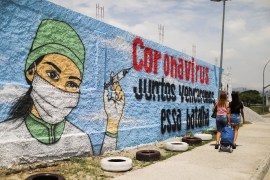 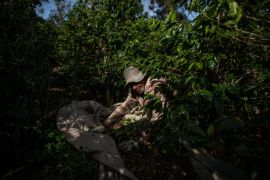 Severe drought has farmers worried they will not have enough water to get through the dry season. 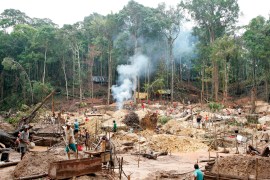