Nicaraguan opposition figure Cristiana Chamorro has been placed under house arrest over money laundering allegations after her house was raided by police, according to her family.

The move against the 67-year-old journalist, who is regarded as a possible challenger to President Daniel Ortega in November elections, came on Wednesday. Ortega, although, has not confirmed if he will seek a fourth term.

Police raided Chamorro’s home in the capital, Managua, and after being on site for more than five hours, they placed her “under house arrest, in isolation”, her brother Carlos Fernando Chamorro said on Twitter.

“Most of the opposition believes this is a way to try to eliminate all of the most prominent opposition leaders, ahead of this year’s presidential elections,” Al Jazeera’s Lucia Newman reported from Santiago, Chile, after the police raid.

“She would be the third … would-be presidential candidate that has been imprisoned,” Newman said, adding that “two of the opposition parties have now been declared illegal”.

A Managua court said earlier it had ordered her detention on accusations of “abusive management, ideological falsehood” and “the laundering of money, property and assets, to the detriment of the Nicaraguan State and society”.

Press reports said police forcefully kept Chamorro’s friends and family, as well as journalists, away from the scene.

On Tuesday, prosecutors had accused Chamorro of an array of crimes, and asked for her to be barred from public duties, given that she is facing criminal proceedings.

Legal experts have denounced an “illegal” procedure, given that the electoral council has made no ruling on her eligibility.

The accusations arise from Chamorro’s role as the head of a foundation for press freedom, with prosecutors claiming accounting “inconsistencies”.

Chamorro quit the foundation in February, refusing to comply with a new law obliging any person receiving money from abroad to declare themselves to the government as a “foreign agent”.

The prosecution opened an investigation against her on May 20 at the request of the government.

She has rejected the accusations against her as a “farce” meant to prevent her from running in the November poll, which Ortega is widely expected to contest.

Chamorro, who does not belong to a political party, on Tuesday announced she would seek a nomination from the opposition.

The Organization of American States, for its part, warned Nicaragua was “heading for the worst possible elections”.

It added in a statement: “This process of systematic and repeated violations of the rule of law and of fundamental freedoms delegitimises the electoral process even before it takes place.”

The Nicaraguan Center for Human Rights denounced a “violation of human rights”.

Opposition parties in a joint statement accused Ortega of “unleashing a witch hunt” against candidates because he “fears going to a free, transparent and observed” election.

Last month, Nicaragua’s legislature appointed a majority of governing party-aligned magistrates to the election body that will oversee the November elections.

It has since disqualified two parties.

In December, the legislature approved a law that critics say is aimed at preventing opposition politicians from standing in the election.

Sponsored by Ortega, it bars “those who ask for, celebrate and applaud the imposition of sanctions against the Nicaraguan state”.

Since 2018, the 75-year-old leader has faced a political crisis triggered by huge protests against the policies of his government.

The demonstrations have left 328 dead and thousands in exile, according to the Inter-American Commission on Human Rights (IACHR). 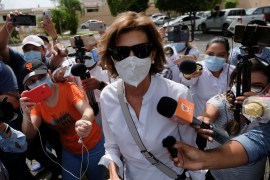 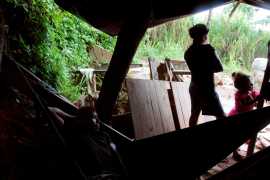 Crews begin work to rescue the miners after an accident in the La Esperanza region. 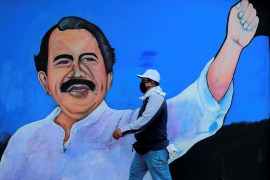