Racism against people of African descent remains systemic in many parts of the world, the United Nations human rights chief has said, calling for states to dismantle discrimination and prosecute law enforcement officials for unlawful killings.

Michelle Bachelet, in a global report on Monday in the wake of the murder of George Floyd by a police officer in Minneapolis in May last year, said the police use of racial profiling and excessive force is entrenched in much of North America, Europe and Latin America.

“I am calling on all states to stop denying, and start dismantling, racism; to end impunity and build trust; to listen to the voices of people of African descent; and to confront past legacies and deliver redress,” she said in the report to the UN Human Rights Council.

Bachelet welcomed a “promising initiative” by US President Joe Biden in signing an executive order in January to address racial inequity across the country.

Her report cited 190 deaths of Africans and people of African descent worldwide at the hands of law enforcement officials who are “rarely held accountable”.

It selected seven “emblematic cases”, including that of Floyd.

A judge sentenced former police officer Derek Chauvin on Friday to 22 and a half years for his murder, video of which galvanised the national Black Lives Matter protest movement.

Other victims include an African Brazilian boy, 14, shot dead in an anti-drug police operation in Sao Paulo in May 2020 and a 24-year-old Frenchman of Malian origin, who died in police custody in July 2016.

“Racism and racial discrimination against Africans and people of African descent are often rooted in policies and practices grounded in the debasement of the status of individuals in society,” the report said.

The scourge is most prevalent in countries with a legacy of slavery, the transatlantic trade in enslaved Africans, or colonialism resulting in large communities of people of African descent, it added.

“Systemic racism needs a systemic response,” Bachelet said. “There is today a momentous opportunity to achieve a turning point for racial equality and justice.”

Commenting on the report, Treva Lindsey, a scholar of the Black Lives Matter movement in Ohio, said she is “pleasantly encouraged by the naming of systemic global-level racism and systemic racism that needs to be addressed”.

Lindsey also noted the importance of the consideration for reparations – a call that has been made by “African peoples and peoples of African decent for a number of years,” she told Al Jazeera.

“I think financial compensation is a very important and integral part of reparative structures, but we also have to talk about the systems that remain in place that are part of the legacy of slavery, colonialism, and other forms of global white supremacy,” Lindsey said.

“The growing movement around a reparative framework … is gaining traction, and I think should put nations on notice.” 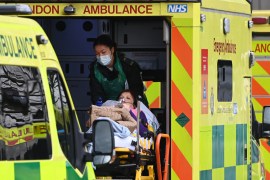 Racist abuse of Asian healthcare workers is reportedly on the rise as they risk their lives in the fight against COVID. 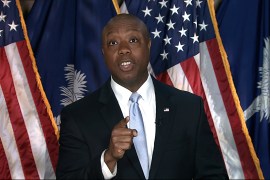 Tim Scott, the only Black Republican US Senator, said, ‘America is not a racist country’. 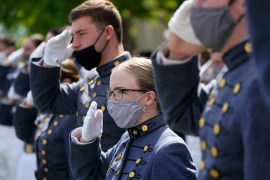 Report on Virginia Military Institute comes amid ongoing efforts to stamp out racism and sexual assault in US military.