The United Kingdom is planning to introduce legislation that would enable authorities to send asylum seekers abroad for processing in an Australian-style offshore centre, according to media reports.

The Times newspaper reported on Monday that Home Secretary Priti Patel has opened talks with Denmark over sharing a processing centre in Africa as part of the plan.

The reported proposal, which has been condemned by rights groups and opposition politicians, is expected to be put before Parliament next week as part of the Conservative government’s Nationality and Borders Bill, which comes as the UK moves to overhaul its asylum laws.

Earlier in June, Danish legislators approved a law allowing the Nordic country to deport asylum seekers to countries outside Europe, defying calls not to do so from NGOs and the United Nations.

If the UK measures go ahead, it would mark the first time the country creates an offshore immigration processing centre for asylum seekers.

An unnamed UK government source told The Times that officials had held discussions with Danish counterparts on Copenhagen’s domestic asylum laws and negotiations with third countries over the possible creation of offshore processing centres.

The source said talks on the “potential” to share a processing centre abroad had also taken place, with Copenhagen reportedly eyeing Rwanda as a possible host nation for such a facility.

There, all asylum seekers who arrive by sea are banned from entering and are instead sent to offshore centres in neighbouring countries such as Papua New Guinea.

The main opposition Labour Party decried the plan as “unconscionable”.

Shadow Home Secretary Nick Thomas-Symonds said Labour would oppose the Nationality and Borders Bill, which is focused on ensuring people who enter the UK without documentation can be returned to the European countries through which they travelled.

These same plans have been mooted before.

They are unconscionable. @UKLabour will stand against them. https://t.co/d9ofjLkWrQ

The United Nations Refugee Agency (UNHCR) said the UK should seek solutions through cooperation, “instead of shifting responsibility to less wealthy countries”.

Enver Solomon, head of the UK-based Refugee Council charity, said offshore processing was “an act of cruel and brutal hostility”.

“For generations, men, women and children seeking protection in the UK have been given a fair hearing on British soil,” he told The Times.

“Most have rebuilt their lives as law-abiding citizens making a huge contribution to our communities.

“Offshore processing is an act of cruel and brutal hostility towards vulnerable people who through no fault of their own have had to flee war, oppression and terror.”

The development comes as the government seeks to stem the number of migrants and refugees arriving in the country via English Channel boat crossings.

More than 8,000 people made such a crossing last year, according to a BBC report based on a tally of Home Office figures. It has been widely reported that the rate of crossings has increased since the beginning of this year compared with the corresponding period in 2020.

Nando Sigona, a professor of migration and refugee studies at the University of Birmingham, said he expected the latest plan to be “difficult to implement and likely to encounter fierce legal challenges and opposition by civil society”.

There was a risk that offshore processing centres could become like “concentration camps” where people remain for years in a form of “violent abandonment away from sight and without hope to rebuild their lives in a meaningful way”, he said. 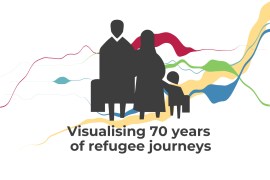 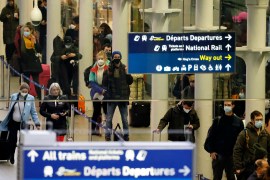 People who miss the June 30 settlement scheme deadline will be issued warnings to apply or risk losing their rights. 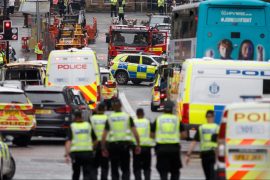