The worst-hit country on the African continent “is facing a massive resurgence of infection”, the president said in a televised address to the nation on Sunday.

“Our health facilities are stretched to the limit … ICU beds are in short supply,” he said as he placed the country on alert level four, just one level below a full lockdown.

He banned all gatherings, except for funerals where numbers will be capped at 50, and also ordered a ban on the sale of alcohol. Eateries and restaurants can no longer serve sit-down meals, and will only be allowed to sell food for take-away or delivery. A nighttime curfew has been lengthened by an hour.

Authorities say the peak of the third wave – fuelled by the Delta variant first identified in India – will surpass that of earlier waves as the country struggles to quickly roll out vaccinations.

“We are in the grip of a devastating wave that by all indications seems like it will be worse than those that preceded it,” the president said.

“The peak of this third wave looks set to be higher than the previous two,” he added.

Al Jazeera’s Robyn Smith, reporting from Cape Town, said, according to the government, the Delta variant is currently the dominant variant in South Africa.

“The president said that current government restrictions apparently are not working and people are not adhering to them,” Smith said, adding that the renewed lockdown aims to take the burden off the healthcare system of the country.

South Africa has reported 1,928,897 cases after recording 15,036 cases on Sunday, a drop from the previous day when 18,762 new infections were diagnosed. The country has recorded 59,900 coronavirus deaths. 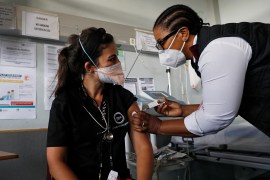 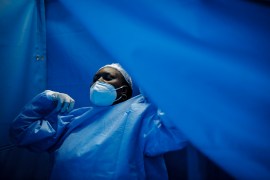 The deployment comes as country enters a third wave and new daily cases double over the past two weeks. 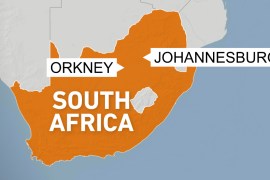 The deceased are thought to be illegal miners whose bodies were discovered near an abandoned mine in Orkney town.