Khamenei on Friday called the development of the vaccine a point of “national pride”.

“Some insisted from a while ago that I use a vaccine,” the 82-year-old, who has had a string of previous health problems, said after receiving the first dose of the jab called COVIran Barekat.

“I didn’t want to use a non-Iranian vaccine. I said we will wait until, inshallah, the local vaccine is produced and we can use our own vaccine,” he said.

The supreme leader had in January outlawed the use of United States and United Kingdom-made vaccines, notably those developed by Pfizer and Moderna, as he said they “cannot be trusted”.

Human trials on the COVIran Barekat vaccine began in late December and about 24,000 volunteers received jabs as part of its third phase of trials that recently concluded.

The vaccine received an emergency use authorisation earlier this month and is expected to be rolled out on a large scale in the coming weeks.

Setad, a powerful organisation under the supreme leader that is in charge of developing the vaccine, has said it now produces three million doses per month and will soon boost production to 11 million doses a month to become the largest vaccine manufacturer in the Middle East.

While the vaccine’s detailed scientific data have not been made public and subjected to peer reviews, its developers have claimed it was 93.5 percent effective among individuals 18 to 75 in its second phase of human trials.

They have also claimed 12 countries from Asia, South America and Europe wish to buy the vaccine, without naming them.

Iran recently managed to control a fourth deadly wave of the coronavirus that has so far killed more than 83,000 people in what has become the deadliest pandemic of the Middle East.

Health officials are already sounding out the alarm over a fifth potential wave of the virus.

Even as Iran has imported millions of doses of foreign vaccines, it had mainly banked on local jabs to inoculate most of its 83 million population.

Doses have been imported from Russia, China, India, and through the global vaccine initiative under the World Health Organization known as COVAX.

However, amid money transfer issues caused by United States sanctions, imports have lagged, resulting in a slow vaccination effort and significant gaps between administering the first and second doses.

According to the latest figures released by the health ministry, so far just over five percent of the total population has been vaccinated.

Videos have also circulated online showing some vaccination centres have been met with high demand, leading to hours-long waiting times and far-stretching queues of elderly and vulnerable Iranians.

Kianush Jahanpur, the spokesman for Iran’s Food and Drug Administration, attracted much criticism and calls for his resignation when on Thursday he called people who have criticised the lagging vaccine efforts “dastards”.

Other Iranian vaccines on the way

COVIran Barekat is soon expected to be rolled out while several other locally developed vaccines are in various stages of development.

A vaccine developed by Iran’s Pasteur Institute in collaboration with Cuba is finishing its third phase of human trials in several cities across Iran and is expected to receive an emergency use authorisation soon. It is said to be 62 percent effective.

Razi COV-Pars, a vaccine developed by the Razi Vaccine and Serum Research Institute, is also undergoing its third phase of human trials and is expected to be approved in the coming weeks.

An organisation under Iran’s defence ministry has also developed a vaccine called Fakhravac in honour of Mohsen Fakhrizadeh, a nuclear scientist who was assassinated in November in an attack blamed on Israel.

This comes as the Islamic Revolutionary Guard Corps (IRGC) has announced it will soon unveil a vaccine developed by its scientists.

Health ministry officials have expressed hope that the jab developed by biotechnology firm CinnaGen can clear human trials successfully in the coming months.

Iran had started its vaccination efforts with the Russian jab from February. 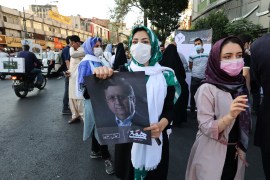 Coronavirus will not be the main reason behind the expected low turnout but it had a big effect on the lead-up. 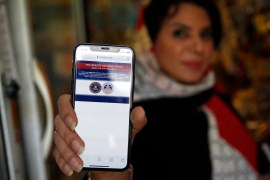 Observers say US seizure of 36 websites may just lead Iran to further tighten its internet restrictions. 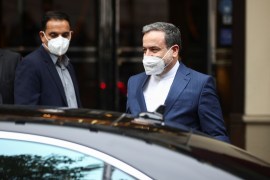 Timing of US sanctions relief, Iran’s centrifuges are sticking points as election of Ebrahim Raisi puts talks on hold. 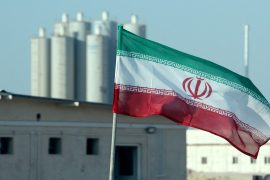 The attack was halted ‘before causing any damage to the building’, news agencies said.