Amman, Jordan – Many Jordanians reacted with satisfaction as an unprecedented trial got under way over an alleged plot by prominent figures to incite a rebellion against the long-serving government of King Abdullah II.

Jordan’s former finance minister and chief of the Royal Hashemite Court, Bassem Awadallah, appeared in the State Security Court this week to face charges of sedition over his alleged role in conspiring with Prince Hamzah bin Al Hussein, the half-brother of King Abdullah, to destabilise the country and remove its longtime monarch.

“God-willing Awadallah will rot in prison,” Ahmed, a 42-year-old Jordanian businessman who asked Al Jazeera to withhold his identity over security concerns, said at a cafe near Amman’s downtown district.

The trial, which is closed to the media and public, is the latest in a culmination of events that began on April 3 when Prince Hamzah was placed under house arrest.

Since then, revelations of the plot have exposed deep rifts within the Hashemite family, which has ruled Jordan uninterrupted since its founding in 1921.

In a video released after his arrest, Hamzah called out corruption, misgovernance and incompetence in a country that is one of the United States’ closest regional allies and a bedrock of stability in the Middle East.

‘They really want to see him behind bars’

According to the charge sheet read out in court on Monday, Hamzah – who is not on trial – “took advantage of certain incidents in Jordan, including the COVID-19 pandemic, to create chaos and frustration in Jordan”. It later stated he aimed “to provoke the public to revolt against the regime and clash with the security forces”.

Shortly after his house-arrest, the prince signed a letter expressing his support for the monarchy and King Abdullah said the Hashemite family was handling his half-brother’s matter privately. Sixteen officials who were detained for their involvement in the alleged plot were also released.

“The case is being handled in two tracks; within the Hashemite family, and then the court case,” Khaled Qudah, a Jordanian political commentator, told Al Jazeera.

Mohammad Afif, lawyer for Awadallah, said on Tuesday his client and the other defendant, a minor royal, Sharif Hassan bin Zaid, want Prince Hamzah to testify in court as part of their case.

Both men pleaded not guilty to the charges of sedition and plotting incitement against the government.

Qudah said it is uncertain if the court will allow the testimony of the king’s half-brother: “We will have to wait to judge whether the trial takes a more political or criminal dimension.”

The trial has already been described as the biggest in the country’s history and Awadallah is the most senior government official in Jordan to ever appear in court on such charges.

Qudah said Awadallah’s appearance this week – wearing a blue jumpsuit and handcuffed – was a major step for the country. “Trying Bassem Awadallah has long been a concern for Jordanians. They really want to see him behind bars.”

But for Jordanians such as Ahmed, the bitterness against Awadallah goes back much further than events in April.

“Awadallah is a snake. All the people knew this for a long time,” Eman, a 30-year-old Amman resident, who asked that her real name be withheld out of security concerns, told Al Jazeera.

The mix of apathy and satisfaction at seeing the longtime political insider facing potentially 20 years of jail time lays bare the mistrust and anger many Jordanians feel towards a system they say is riddled with corruption and which Awadallah represented.

“He built a centre of power in the Royal Court which destabilised the bureaucratic system, and this helped create the situation of corruption and bad governance ” Amer Sabaileh, an Amman-based political analyst, told Al Jazeera.

During the height of his power, the former minister enjoyed a prominent international profile. He was a one-time visiting fellow at Oxford University and board member for the London School of Economic’s Middle East Centre.

As a minister, Awadallah pushed through the privatisation of state assets that many Jordanians believe he exploited to enrich himself and a close circle of friends.

The Economic Transformation Fund he oversaw, which was intended to increase investments outside the capital of Amman, was tainted with corruption allegations and discontinued during the Arab Spring revolts in Jordan and throughout the Middle East in 2011.

In a 2008 interview with CNN he stated: “There is recognition in Washington, as elsewhere in the world, of the reforms that are taking place in Jordan … Of what we are trying to do with fiscal management, enabling the investment environment to become much better.”

For Jordanians, who say the country’s economic situation has only deteriorated over the last decade, these words rang as hollow then as they do now.

“The corruption gets worse every year, just higher and higher. Awadallah was always behind it,” Ahmed said.

Jordan’s economy has been hit particularly hard in recent years by external shocks. It carries a serious burden hosting more than 600,000 Syrian refugees, along with those fleeing conflicts in Yemen and Iraq.

The resource-poor kingdom is also highly dependent on remittances from the Gulf region, which have diminished because of low oil prices.

Foreign aid has become a crucial source of revenue for the government. In 2020 alone, Jordan received $3.72bn in aid, with the US contributing roughly $1bn.

Many Jordanians acknowledge the difficult choices the government faces balancing between world powers and crises, but complaints about the economic situation go hand in hand with deep grievances over corruption.

“You can’t get a job unless you have wasta,” 35-year-old Ali said, referring to the Arabic word that means connections and translates roughly to nepotism. “Even if you get hired you will work for how much – 300 Jordanian dollars ($423) a month?”

Sabaileh, who sits on a 92-member committee established by the king to modernise the country’s political system in the wake of the sedition crisis, said Awadallah’s trial is a missed opportunity to address corruption and repair the damaged trust with society.

“You don’t need a lot to accuse Awadallah,” he said. “People are happy to see him on trial, but many say if you send him to trial you need to send him for more serious issues for Jordanians.”

He said it would have been more powerful for the public if the government put forward a profile of the former minister and the past actions he undertook to enrich himself.

The trial is expected to last for several months, but the challenge a figure such as Awadallah represents for Jordan will remain long after his verdict.

“We are sending Awadallah to trial, but we are not taking the initiatives that we need to repair the mistakes we had in the structure of the state itself,” said Sabaileh.

The difference between addressing the charges of corruption and sedition may point to a wider gap in the priorities between the Jordanian government and its people. 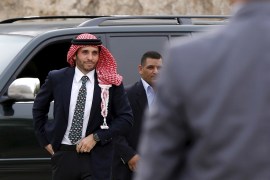 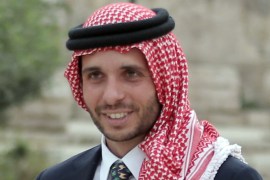 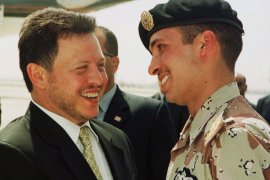 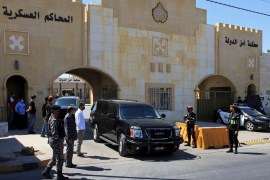