United States President Joe Biden and a bipartisan group of senators announced they have struck a deal on a $1.2 trillion infrastructure plan, a rare breakthrough in a deeply divided Washington, and one that faces a complicated path to passage in Congress.

“We have a deal,” Biden said, flanked by several Democratic and Republican senators, during a surprise appearance outside of the White House on Thursday.

Calling the deal “a true bipartisan effort”, Biden in a separate White House speech said, “There’s nothing our nation can’t do when we decide to do it together, do it as one nation.”

We’ve struck a deal. A group of senators – five Democrats and five Republicans – has come together and forged an infrastructure agreement that will create millions of American jobs.

The pared-down plan, with $579bn in new spending, has rare bipartisan backing and could open the door to the president’s more sweeping $4 trillion proposals later on.

One of the members of the Group of 21 senators, Republican Rob Portman said, “We didn’t get everything we wanted but we came up with a good compromise.”

He said they had commitments from Republicans and Democrats alike to get this thing “across the finish line”.

Included in the bipartisan agreement is traditional infrastructure spending on roads and bridges as well as new transport-related items such as building a national network of electric vehicle chargers, according to a fact sheet released by the White House.

Expanding broadband, upgrading the nation’s power infrastructure and replacing lead water pipes are among the other items in the proposal.

The agreement comes with a complex legislative push. Biden’s proposed larger-scale infrastructure package would be done separately in a congressional budget process known as reconciliation.

“They’re going to move on a dual track,” Biden explained.

His comments suggest that his plan to spend trillions on broader “human infrastructure” priorities such as climate change, healthcare and childcare will move on one track in Congress as they work on passing this agreement at the same time.

This is a nod to progressive Democrats who have insisted a smaller deal be paired with his larger proposals.

“This is important,” House Speaker Nancy Pelosi said before Biden’s announcement. “There ain’t going to be a bipartisan bill without a reconciliation bill.”

The Democratic leader promised the House would not vote on it until the Senate had dealt with both packages, starting with initial votes in July to consider the bipartisan deal and to launch the lengthy procedure for Biden’s larger proposals, which currently total almost $4 trillion but some progressive Democrats want a boost to $6 trillion.

That plan would run through the budget reconciliation process, which would allow passage of Biden’s priorities by majority vote, without the need for support from Republicans to overcome the Senate’s 60-vote threshold. It would require multiple rounds of voting that are likely to extend into fall.

Like Pelosi, Senate Majority Leader Chuck Schumer said, “One can’t be done without the other.”

Senate Republican Leader Mitch McConnell, who was briefed on the plan early on Thursday, would not yet say whether he will back the initiative.

Before the White House meeting, Portman told reporters on Capitol Hill that McConnell “remains open-minded and he’s listening”. Portman added, “He hasn’t made his decision.”

McConnell did not respond later to questions from reporters about his position.

The main hurdle for a bipartisan agreement has been financing. Biden demanded no new taxes on Americans making less than $400,000 a year, while Republican lawmakers were unwilling to raise taxes beyond such steps as indexing the petrol tax to inflation.

With Republicans opposed to Biden’s proposed corporate tax rate increase, from 21 to 28 percent, the group has looked at other ways to raise revenue. Biden rejected their idea to allow gas taxes paid at the pump to rise with inflation, viewing it as a financial burden on American drivers.

The broad reconciliation bill would likely include tax increases on the wealthy and corporations, so tension still exists over funding for some Republicans and business groups.

That is a signal to both parties of the road ahead. Liberal Democrats have been wary of the bipartisan effort because they see it as insufficient and worry it will take the place of Biden’s bigger plan. Republicans are also sceptical of passing a bipartisan bill only to be faced with an even bigger Democratic plan. 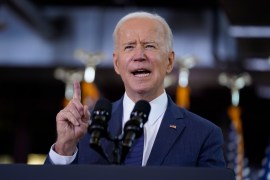 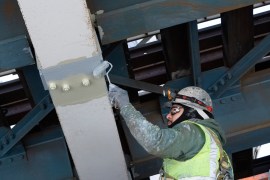 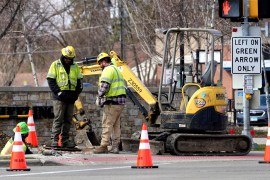 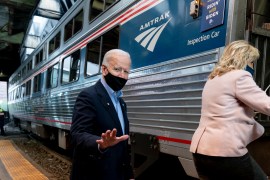