Afghan President Ashraf Ghani begins a visit to the United States at a time when the Taliban is making huge advances across the country.

There are fears that already-demoralised Afghan security forces will be swiftly overrun when the remaining American troops withdraw. And peace talks between the Taliban and the Afghan government remain stalled.

Here are some questions and answers about the situation on the ground, and the implications for Afghanistan:

What is the military position?

The Taliban has capitalised on the final stages of the US troop withdrawal and has made huge advances across the country, claiming control of more than 80 of the country’s 421 districts.

The Taliban says Afghan forces regularly lay down their arms or abandon posts without a fight, although an admitted government tactic is to relinquish isolated positions at night to better defend more strategic, centralised locations.

In turn, the Taliban forces melt away during daylight.

But when the two sides have fought, Afghan forces have suffered horrific losses.

Ghani has rung the changes – appointing a new armed forces chief and defence minister in recent days – but analysts suggest he is running out of cards to play.

Still, the endgame is not certain.

“The Taliban are strengthening their chokeholds around major cities. They are not necessarily in the near-term future going to try and take those cities,” said Andrew Watkins of the International Crisis Group.

“The fall of Kabul is not imminent. The Taliban is not an unstoppable military juggernaut.”

What is the political situation?

Insiders and officials paint a portrait of Ghani as increasingly friendless, out of touch and isolated in the presidential palace in the heart of the heavily bunkered Green Zone.

“He only listens to three or four people, including his chief of staff and his national security adviser, and of course, his wife,” said one Western diplomat.

“There is the traditional court phenomenon, but there is also the personal factor about Ghani, who is suspicious of everyone.”

Ghani is pressing the Taliban to accept a role in some sort of interim unity government until elections can be held.

But the armed fighters, emboldened by their battlefield gains, appear to have little interest in further negotiation and are intent on taking full control and restoring Afghanistan to an emirate ruled by religious elders on Islamic principles.

They have recently issued several statements about how they would govern – broadly outlined, but light on detail.

Rights for women and girls would be in accordance with Quranic teachings, they say, but their interpretation of Islam is much more conservative than elsewhere.

“There are reasonable accounts to believe they may have even grown more radicalised over the years, fighting non-Muslim foreign forces,” said Kabul-based political analyst Sayed Naser Mosawi.

“The Taliban’s efforts to portray themselves as (an) effective force capable of governing Afghanistan and giving women and minorities their rights is mere deception.”

What do Afghans think?

Anyone with means is formulating an escape plan and many officials have already moved their families out of the country, with Turkey being the most favoured immediate destination.

The US and other NATO nations are scrambling to provide visas for Afghans who have worked for foreign forces over the past two decades as fears mount that the Taliban will punish them as traitors.

The Taliban insists there will be no retribution if they “show remorse” and say they will guarantee the safety of diplomats and aid workers.

They are widely mistrusted, however.

Few have forgotten how they killed 11 people – mostly diplomats – after storming an Iranian consulate in 1998, and also murdered former President Mohammad Najibullah after snatching him from UN custody two years earlier.

Many Afghans just want an end to fighting after decades of war. The last sustained period of peace was in the 1960s, a time many call the “the golden age”.

“Everyone wants peace,” said Mary Akrami, executive director of the Afghan Women’s Network. “Most of the Afghan people never had a chance to live at peace.” 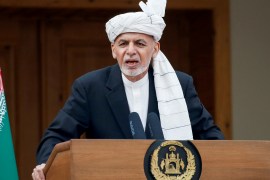 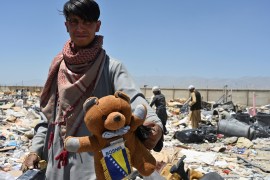 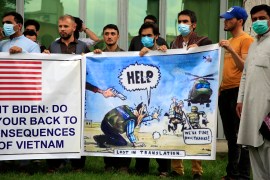 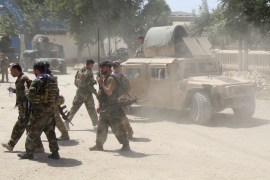