A religious cleric accused of sexually assaulting a student at a religious school in Pakistan’s second-largest city of Lahore has been arrested and has confessed to his crimes, police say, after widespread public outcry following the allegations.

Aziz-ur-Rehman, who was arrested from the northwestern town of Mianwali on Saturday, had earlier denied the allegations in a video released on social media.

“We have been able to arrest this criminal. We will take it as a test case, interrogate him, conduct scientific professional investigation, prosecute and get him convicted by the court,” said Inam Ghani, the provincial police chief in Punjab province, of which Lahore is the capital.

“We want our kids protected from these child molesters and keep our society safe for our future.”

On Monday, police said Rehman had confessed to the allegations against him, saying he had promised the student passing grades in exams in return for sexual favours.

Rehman will remain in police custody for at least four days, as per the orders of a judicial magistrate.

On June 17, police registered a criminal complaint against the cleric after the student came forward to accuse him, following the release of a graphic video that showed Rehman engaging in sexual intercourse with the student.

The case was registered under a section of Pakistani law dealing with “carnal intercourse against the order of nature with any man, woman or animal”, as well as for “criminal intimidation”.

In the criminal complaint, the student alleges that Rehman, a senior teacher at the religious seminary where he studied, first accused him of cheating on an exam and banned him from sitting for further tests.

The cleric then allegedly offered to allow him to sit in and pass the exams if the student “made him happy”, the complaint says.

“[D]espite a passage of three years, during which I was assaulted every Friday, he did nothing and started to blackmail me more,” the student said in the complaint.

The student then secretly recorded a video of the abuse and shared it first with seminary authorities – who he says did not take the allegations seriously – then with the police.

In a video message released before his arrest, Rehman vehemently denied the allegations, accusing the student of intoxicating him with unspecified substances and then recording the video.

“With Allah as my witness, I swear that I have not acted in this way in my own senses,” he said. “In reality, before making this video, this boy made me drink something after which I was no longer in my senses.”

Of those cases, more than 62 percent cases involved a form of sexual abuse, including rape and forced filming for the purposes of pornography. 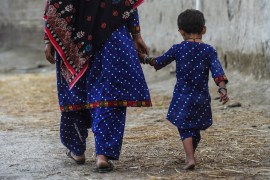 Hundreds tested positive in 2019 after whistle-blower doctor uncovered scandal involving the reuse of needles in Sindh. 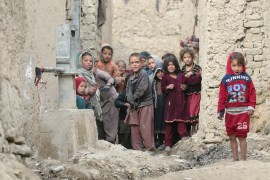 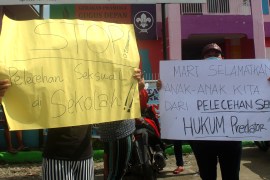 Latest incident involving a priest who is the principal of a Medan school is driving calls to improve child safeguards. 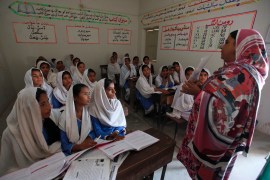 What role can schools play to end violence and sexual harassment?