Israel’s newly appointed Foreign Minister Yair Lapid will head to the United Arab Emirates (UAE) next week for the first-ever visit by a top Israeli diplomat to the Gulf emirate, which comes after the normalisation of ties between the two countries last year.

The Israeli foreign ministry said on Monday that Lapid will visit the UAE from June 29 to 30, and will inaugurate an Israeli embassy in Abu Dhabi and a consulate in Dubai.

The UAE, Bahrain, Morocco and Sudan established diplomatic relations with Israel under the Abraham Accords brokered by former United States President Donald Trump. Palestinians have condemned the normalisations, saying they were grave betrayals by the Arab states and undermined efforts towards Palestinian self-determination.

Since the deal was signed last September, the UAE, an oil-rich country with considerable regional influence, has signed a plethora of business deals with Israel.

The two states had already agreed to waive visa requirements for each other’s citizens and signed a number of bilateral agreements on investment, tourism, direct flights, security and telecommunications.

The new governments in both Israel and the US have said they hope to reach similar accords with other Arab states. Prior to the Abraham Accords, Egypt and Jordan were the only Arab countries to have diplomatic ties with Israel.

Lapid was the driving force behind a new Israeli government sworn in just over a week ago that ended Benjamin Netanyahu’s record 12-year run as prime minister.

Netanyahu was the driving force behind the Abraham Accords. Sudan followed suit earlier this year.

The UAE was the first Gulf Arab state to announce active ties with Israel. Saudi Arabia has softened its stance on Israel but has refused to normalise ties.

Israelis have flocked to the UAE since the agreement was reached both to enjoy the country and to benefit from the UAE being a major travel hub that allows much easier travel onward to other destinations.

Shortly after the accord was reached, the Trump administration authorised the sale of 50 advanced F-35 fighter jets to the UAE, which would make it only the second country in the Middle East, after Israel, to acquire them.

The administration of US President Joe Biden put that agreement on hold in January after it drew fierce criticism from Democrats in the US Congress, who argued that the sale had unfolded too quickly and without sufficient transparency.

But in April, the administration decided to proceed with the $23bn arms sale, saying it would work with the UAE to ensure adherence to human rights standards and the laws of war.

The deal broke years of consensus among most Arab states that have said any official recognition of Israel is conditional on the end of the occupation of Palestinian territories and the establishment of a two-state solution based on the 1967 borders.

The Palestinian Authority (PA), based in the occupied West Bank, quit its chairmanship of Arab League meetings in protest and recalled its ambassadors to the UAE and Bahrain.

However, after Biden’s victory in the US presidential elections, the PA reinstated both ambassadors. 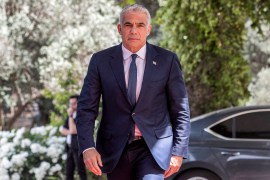 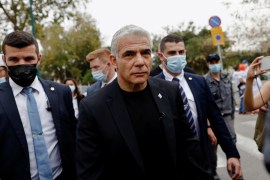 Who is Yair Lapid, the opposition leader challenging Netanyahu?

Lapid, 57, was known for his successful career as TV host before turning into a credible political player in 2013. 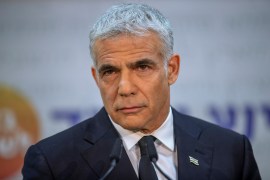