Mexico and Argentina have recalled their ambassadors to Nicaragua for consultations in response to President Daniel Ortega’s mounting crackdown on the opposition, a joint statement said on Monday.

Both countries want to consult their ambassadors about “the worrisome political-legal actions taken by the Nicaraguan government in recent days that have put at risk the well-being and freedom of various opposition figures [including presidential pre-candidates], activists and Nicaraguan businessmen,” their foreign ministries said. They want to promote a dialogue with Ortega’s government.

Argentina and Mexico will continue to press for “the full respect and promotion of human rights” as well as civil and political liberties, the statement said.

Mexico and Argentina had broken with others in the region last week in not voting in favour of an Organization of American States resolution condemning more than a dozen recent arrests in Nicaragua of key opposition figures.

They offered to help foster dialogue to resolve the situation in the Central American country, which is scheduled to hold the presidential election in November.

On Sunday night, journalist and presidential hopeful Miguel Mora was arrested at his home for “inciting foreign interference in internal affairs and requesting military intervention”, according to authorities.

The Nicaraguan government says the detainees are “usurpers” funded by the United States to topple Ortega.

The 75-year-old governed Nicaragua from 1979 to 1990, returned to power in 2007 and has won two successive re-elections since then.

He is widely expected to seek a fourth term in the upcoming November elections, though he has not yet confirmed that he will. 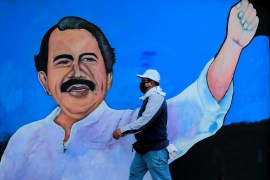 Critics accuse President Daniel Ortega of cracking down on opponents ahead of elections set for later this year. 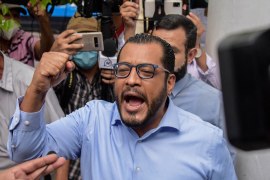 Another potential challenger to Nicaragua President Daniel Ortega is arrested, prompting criticism from US diplomat. 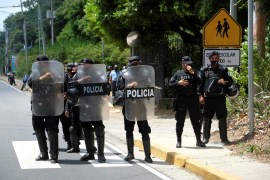 US calls for immediate release of Nicaraguan opposition figure

Cristiana Chamorro and two of her colleagues were arrested on ‘trumped up charges’, US State Department says. 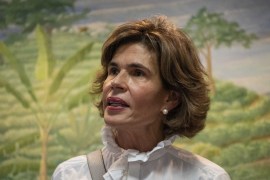 Cristiana Chamorro is regarded as a possible challenger to President Daniel Ortega in November elections.