The coronavirus pandemic has caused a global rise in civil unrest and political insecurity, according to the 15th edition of the Global Peace Index (GPI) released on Thursday.

The GPI, an annual report produced by the Institute for Economics and Peace (IEP), ranks 163 independent states and territories according to their level of peacefulness and is the world’s leading measure of global peacefulness.

“This year’s results show that the average level of global peacefulness deteriorated by 0.07 per cent,” said the report, highlighting that this was “the ninth deterioration in peacefulness in the last thirteen years.

“However, the change in score is the second smallest in the history of the index,” it added.

According to the 2021 GPI, while global conflicts and crises that emerged in the past decade declined, they were replaced “with a new wave of tension and uncertainty as a result of the COVID-19 pandemic and rising tensions between many of the major powers”.

In 2020, the world witnessed almost 15,000 violent protests and riots. The damage it caused came with a hefty price of about $15 trillion or 11.6 percent of the world’s gross domestic product (GDP).

Among those, more than 5,000 were pandemic-related and were recorded between January 2020 and April 2021.

Speaking to Al Jazeera from Sydney, Australia, Steve Killelea, CEO of the IEP said: “There has been a very slight decrease in peacefulness in 2020. That was mainly caused through an increase in the number of violent demonstrations and the levels of political instability.

“Part of that was fuelled by lockdowns from COVID-19 and the economic issues that followed.”

India, Eastern Europe and the United States showed the most deterioration on that level due to the rise in demonstrations over coronavirus-related restrictions.

According to Killelea, the effect of the pandemic has been mixed.

“Initially, we saw a drop in the number of homicides and violent crime as lockdowns were put in place. But that changed after a period of time,” he said.

“It is still too early to fully gauge the long-term effects of the pandemic on peace,” said the report.

It is estimated that more than two-thirds of the world’s population has experienced lockdown measures, lasting from weeks to months.

According to World Bank estimates, the global economy shrank by 4.3 percent in 2020, wiping out trillions of dollars. Countries already facing economic hardship sank further into debt.

A report by Oxfam International (PDF) estimates that it could take more than a decade for the world’s poorest to recover from the economic fallout of the pandemic.

More generally, however, the most violent protests over the past year were in Belarus, Myanmar, Russia, the US and Kyrgyzstan.

Belarus, a country of 9.5 million that Russia sees as a security buffer against NATO, has been rocked by mass demonstrations since August last year, following the presidential election that Alexander Lukashenko said he won. His opponents claim the vote was rigged and want him to quit.

Myanmar sank into chaos since the military’s February 1 overthrow of Aung San Suu Kyi’s elected government. Countrywide strikes, boycotts and protests paralysed the economy as tens of thousands of people were displaced by heavy fighting between the military and ethnic minority rebels and newly formed militias.

Still, Afghanistan has remained the world’s most violent country for the past four years. It is closely followed by Yemen, Syria, South Sudan and Iraq, according to the report.

According to Killelea, there have been improvements in the number of deaths from violent conflict over the past year.

“There was an increase in militarisation over the past two years. But if we go back over the past decade, it had been improving, which is likely to continue over the next few years.”

According to Killelea, only three of nine regions covered by the institute, showed improvement in the level of peacefulness over the past year.

“Looking at the nine regions covered, three improved and the other six deteriorated. The largest deterioration was North America,” said Killelea, explaining that the deterioration was mainly related to violence during the last US election, the occupation of Capitol Hill and Black Lives Matter.

On the other hand, the largest improvement occurred in the Middle East and North Africa (MENA), followed by Europe and South Asia, although the MENA region still remains the least peaceful region in the world, according to the report.

Meanwhile, the country that recorded the highest fear of violence was Brazil, “where nearly 83 percent of Brazilians were very worried about being a victim of violent crime,” said the report.

But the actual experience of violence was greatest in Namibia, “where 63 per cent of the population experienced serious harm from violence or [had] known someone who had in the previous two years,” it said. 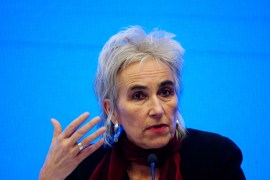 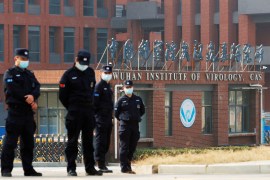 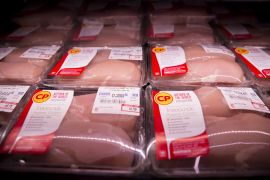