Suicide bomber Salman Abedi should have been identified as a security threat on the night he detonated an explosive device at the United Kingdom’s Manchester Arena as thousands of people were leaving an Ariana Grande concert, a public inquiry into the deadly 2017 attack has concluded.

Inquiry chairman John Saunders said on Thursday there were a number of “missed opportunities” by those in charge of security at the venue in northwest England on the evening of the blast to prevent its “devastating impact”.

Twenty-two people were killed in the May 22, 2017, bombing and hundreds of others were wounded.

It took place when Manchester-born Salman Abedi, who died in the blast, walked across the City Room foyer of the arena towards the main doors and detonated a shrapnel-laden device, packed into his bulging rucksack.

Saunders said it was likely Abedi would still have detonated his device if confronted by security personnel but added “the loss of life and injury is highly likely to have been less” had that been the case.

“I have concluded that there were serious shortcomings in the security provided by those organisations which had responsibility for it and also failings and mistakes made by some individuals,” he told bereaved families gathered at Manchester Magistrates’ Court.

But he also made clear the impact of the attack was the responsibility of Abedi and his brother Hashem, who helped him orchestrate it.

“When the mistakes and shortcomings set out in the report are considered, it needs to be at the forefront of that consideration that responsibility for what happened, and for causing so many deaths and serious injuries, lies with Salman Abedi, the suicide bomber, and his brother Hashem, who assisted him with the preparations,” he said.

Abedi’s brother was last year jailed for life for playing an “integral part” in the attack.

Hearings into the circumstances leading up to and surrounding the bombing have been ongoing in Manchester since September last year.

Thursday’s report, which was focused on security failures relating to the attack, was the first of the three set to be published by the inquiry.

It concluded Abedi “should have been identified … as a threat by those responsible for the security of the Arena and a disruptive intervention undertaken”.

The report levelled criticism at Manchester Arena operator SMG, security provider Showsec and British Transport Police over their actions on the night of the bombing.

The inquiry had heard that an officer from British Transport Police was supposed to be present in the foyer of the arena at the end of the show, where the bomb was detonated, but nobody was there.

A Showsec security guard also told the inquiry that he had a “bad feeling” when he saw Abedi about five minutes before the 10:31pm attack, but did not approach him for fear of being “being branded a racist” in the event he was wrong about his hunch.

“I felt unsure about what to do,” said Kyle Lawler, who was aged 18 at the time of the attack.

“I did not want people to think I am stereotyping him because of his race.”

Lawler said he had tried to radio the control room, but that he gave up as he could not get through due to radio traffic.

A member of the public had reported Abedi to security 15 minutes before he detonated his bomb, which was packed with 3,000 nuts and bolts.

Thursday’s report said the individual felt he had been “fobbed off”, and described the incident as the “the most striking missed opportunity” to prevent or mitigate the attack. 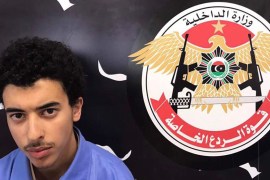 Hashem Abedi, 23, was convicted of murder, attempted murder and conspiring to cause explosions. 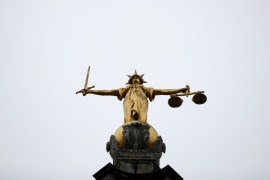 Hashem Abedi is alleged to have helped his brother plan the suicide attack which killed 22 people in 2017. 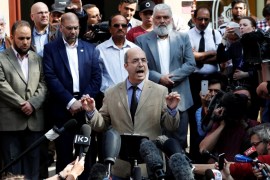 Manchester’s Libyans react to killer in their midst