Documents obtained from the US Department of Justice detail efforts by then-President Donald Trump, his chief of staff and other allies to pressure the department to challenge the 2020 presidential election results, a US House panel said on Tuesday.

The House Oversight and Reform Committee, which sought the records from the Justice Department, outlined a series of overtures from Trump, his former chief of staff Mark Meadows and an outside private attorney pushing the department to act on the former Republican president’s false election claims.

For weeks after the November election Trump and those speaking for him falsely asserted that his loss was due to widespread voter fraud across the United States. His campaign and other supporters filed dozens of lawsuits in courts challenging the results – all were dismissed or defeated, and no fraud was found. Trump continues to claim the election was “rigged”.

In one email obtained by the committee, dated December 14, 2020 – the day the US Electoral College met across the US to certify Democrat Joe Biden’s victory – “President Trump’s White House assistant sent an email with the subject ‘From POTUS’ to then-Deputy Attorney General Jeffrey Rosen,” the committee said in a press release.

“The email attached materials about alleged voter fraud in Antrim County, Michigan, including ‘talking points’ that asserted ‘a Cover-up is Happening regarding the voting machines in Michigan,’ and, ‘Michigan cannot certify for Biden,’” the committee continued.

Other documents obtained by the committee showed that two minutes after those documents were sent, the assistant to then-Principal Associate Deputy Attorney General Richard Donoghue sent the same documents to US attorneys in Michigan.

And 40 minutes after that, Trump tweeted that then-Attorney General Barr would be stepping down to be replaced temporarily by Rosen and Donoghue would be bumped up to serve as Acting Deputy Attorney General, according to the documents obtained by the committee.

In their new roles, Rosen and Donoghue became key targets for Trump and his team, as over the next several weeks they were called into meetings with the former president and were urged by Meadows and others to investigate unfounded election fraud claims and conspiracy theories.

Among the theories the Trump team wanted the Justice Department to look into was a translated document from “an individual in Italy” who claimed to have “direct knowledge” of a plot involving the military and the CIA in which American electoral data was changed in Italy. The person claimed the data confirmed that Trump was “clearly the winner” of the election and that conservative sources in the Italian secret service confirmed that data.

This document was forwarded from Meadows to Rosen on December 30, 2020 and two days later, on January 1, Meadows sent Rosen a YouTube link referencing the Italy conspiracy theory.

Rosen forwarded the email to Donoghue, who responded, “Pure insanity”, according to the documents.

The documents come as US lawmakers continue to investigate the January 6 deadly attack on the US Capitol by pro-Trump supporters seeking to thwart Congress’s certification of Biden’s win.

“These documents show that President Trump tried to corrupt our nation’s chief law enforcement agency in a brazen attempt to overturn an election that he lost,” Chairwoman Carolyn Maloney said.

Their release comes ahead of the committee’s hearing on Tuesday with FBI director Christopher Wray, who testified before another House panel earlier this month, and General Charles Flynn, brother of former National Security Adviser Michael Flynn, who has also advanced Trump’s election conspiracy theories.

Representatives for Trump could not be immediately reached for comment. 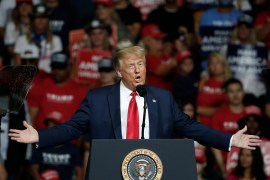 And it is down to the left to help the US shrug it off. 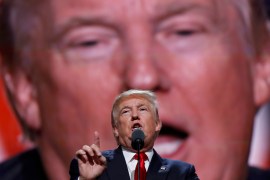 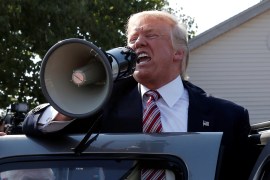