Benjamin Netanyahu’s 12-year tenure as Israeli prime minister has come to an end, as the country’s parliament on Sunday approved a new coalition government led by right-wing nationalist Naftali Bennett.

Bennett, the head of an ultranationalist party that controls six seats in the 120-seat Knesset, was sworn in as prime minister after the parliament backed the new coalition government by a razor-thin margin of 60 votes to 59.

Bennett will lead an unlikely alliance of left-wing, centrist and right-wing parties, as well as a party that represents Palestinian citizens of Israel, who account for 21 percent of the country’s population. The parties have little in common apart from a desire to unseat Netanyahu.

Under a rotational agreement, Bennett will serve as prime minister for two years, after which he will be replaced by centrist leader Yair Lapid, the chief architect of the new government.

They plan largely to avoid sweeping moves on issues such as policy towards Palestinians in the occupied territories while they focus on domestic reforms. But with little to no prospect of resuming any sort of fair peace negotiations, many Palestinians are unmoved by the change of administration, saying Bennett will likely pursue the same right-wing agenda as Netanyahu. 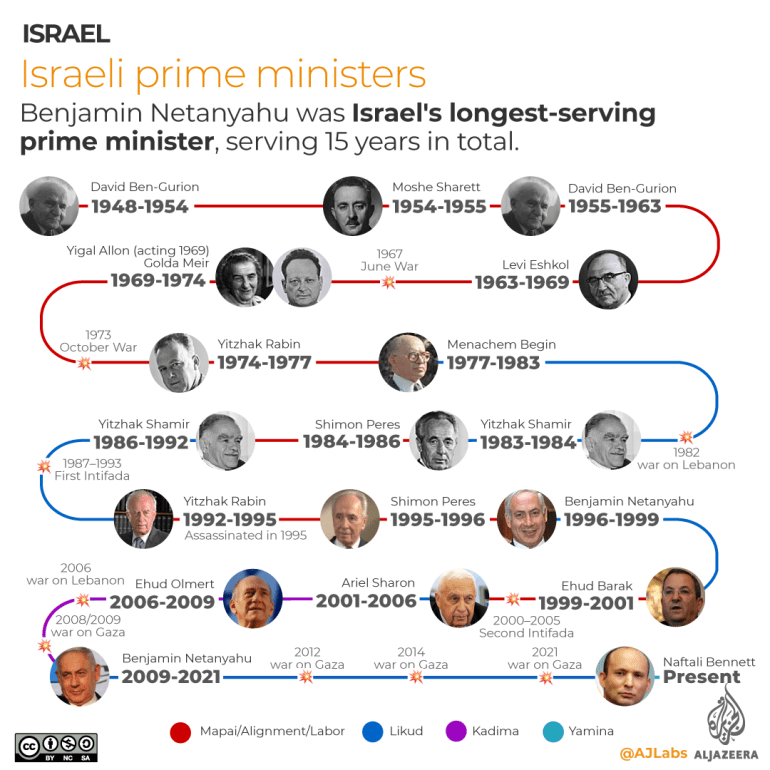 Al Jazeera’s senior political analyst, Marwan Bishara, described the event as a “family feud”, saying that there are no ideological differences between the old and new prime minister.

“They are basically all belonging to the same right-wing Zionist family,” Bishara said, referring to Netanyahu and Bennett.

“The differences between them have been personal, vindictive,” he said.

Netanyahu, who served for 12 years as prime minister, sat silently during the vote on Sunday. After the new government was approved, he stood up to leave the chamber, before turning around and shaking Bennett’s hand. A dejected Netanyahu, wearing a black medical mask, then briefly sat in the opposition leader’s chair before walking out.

Netanyahu, the most dominant Israeli politician of his generation, failed to form a government after Israel’s March 23 election, its fourth in two years.

The 71-year-old is loved by his hard-core supporters and loathed by critics. His ongoing corruption trial, on charges he denies, has only deepened the chasm.

He remains the head of the largest party in parliament and is expected to vigorously oppose the new government. If just one faction bolts, it could lose its majority and would be at risk of collapse, giving Netanyahu an opening to return to power.

His opponents have long reviled what they see as Netanyahu’s divisive rhetoric, underhanded political tactics and subjection of state interests to his political survival.

The country’s deep divisions were on vivid display earlier on Sunday as Bennett, a former settler leader and hard-right religious nationalist who has called for the annexation of most of the occupied West Bank, addressed parliament ahead of the vote.

He was repeatedly interrupted and loudly heckled by supporters of Netanyahu, several of whom were escorted out of the chamber.

Al Jazeera’s Harry Fawcett, reporting from Jerusalem, said it was a very “disrupted … attempt to have a peaceful transition of power”.

Bennett’s attempt to deliver his speech with what was supposed to be conciliatory words to Netanyahu was “immediately interrupted by catcalls of all sorts of oppositional natures from members of Benjamin Netanyahu’s right-wing bloc”, Fawcett said.

Bennett’s speech mostly dwelled on domestic issues, but he expressed opposition to efforts by the United States to revive Iran’s nuclear deal with world powers.

“Israel will not allow Iran to arm itself with nuclear weapons,” Bennett said, vowing to maintain Netanyahu’s confrontational policy. “Israel will not be a party to the agreement and will continue to preserve full freedom of action.”

Bennett nevertheless thanked President Joe Biden and the US for its decades of support for Israel.

Netanyahu, speaking after him, promised to return to power and predicted the incoming government would be weak on Iran and give in to US demands to make concessions to the Palestinians.

“If it is destined for us to be in the opposition, we will do it with our backs straight until we topple this dangerous government and return to lead the country in our way,” he said.

Both Netanyahu and Bennett’s remarks did not mention the plight of millions of Palestinians living under Israeli military occupation.

“Netanyahu was there talking about how he kept Israel’s security vis a vis Iran, and Bennett talked about why Israel under his government will probably continue the illegal settlements in the occupied Palestinian territories. But the idea of future negotiations … all of that is kind of left aside,” said Al Jazeera analyst Bishara.

Netanyahu to ‘cast a shadow’

Yohanan Plesner, president of the Israel Democracy Institute, a nonpartisan think tank, said the new government would likely be more stable than it appears.

“Even though it has a very narrow majority, it will be very difficult to topple and replace because the opposition is not cohesive,” he said, adding that each party in the coalition will want to prove that it can deliver – and for that they need “time and achievements”.

Still, Netanyahu “will continue to cast a shadow”, Plesner said. He expects the incoming opposition leader to exploit events and propose legislation that right-wing coalition members would like to support but cannot – all in order to embarrass and undermine them.

Last month, attacks on the Al-Aqsa Mosque compound by armed Israeli police left hundreds of Palestinians wounded. Meanwhile, a fragile ceasefire is holding in the besieged Gaza Strip following Israel’s military assault on the enclave, which killed 253 people – including 66 children.

The new cabinet will face a handful of diplomatic, security and financial challenges, including Iran, the Gaza ceasefire, a war crimes probe by the International Criminal Court, and economic recovery following the coronavirus pandemic. 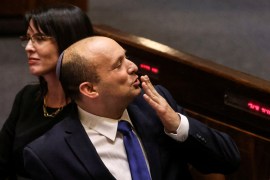 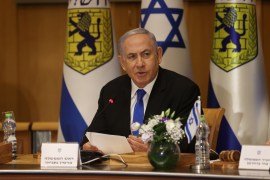 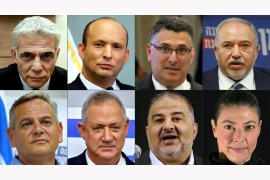