Israeli troops have shot and killed a 16-year-old Palestinian boy during a raid on a village south of the occupied West Bank city of Nablus, Palestinian officials said.

According to Defense for Children International Palestine (DCIP), Israeli forces situated in an olive tree grove at the entrance of the village of Odala shot Said Odeh twice in the back. An ambulance was prevented from accessing Odeh for 15 minutes, and he was pronounced dead upon arrival after he was transferred to Rafidia hospital in Nablus, it said.

A Palestinian ambulance was prevented from reaching Said for at least 15 minutes after Israeli forces shot him twice in the back with live ammunition. https://t.co/1YayjWQoqT

A second Palestinian was shot in the back during the clashes on Wednesday and was being treated in hospital, the Palestinian health ministry said in a statement announcing the 16-year-old’s death.

The Israeli military said troops fired towards Palestinians hurling Molotov cocktails at them late on Wednesday near the Palestinian village of Beita, south of Nablus.

“The troops operated to stop the suspects by firing towards them,” an Israeli military spokeswoman said, adding that the incident would be investigated.

Residents of Beita and Odala say there have been protests against the raids by the Israeli forces – who fired tear gas and live ammunition – near the entrances to the villages for the past few nights.

The raids were conducted as part of the Israeli military’s searches in several villages in the area for an alleged Palestinian gunman who opened fire on Sunday at the Za’tara checkpoint in the occupied West Bank, seriously wounding two Israelis and lightly injuring another.

One of the Israelis, a 19-year-old male, died of his injuries on Wednesday night, Israeli defence minister Benny Gantz said on Twitter.

The Israel Security Agency, also known as Shin Bet, said it had arrested a Palestinian suspect over the shooting, identifying him as Muntaser Shalabi, a 44-year-old resident of the Palestinian village of Turmus Ayya.

Shin Bet said Shalabi, who was found in an abandoned building in the village of Silwad, was not affiliated with any armed groups.

Dozens of people were injured and, according to local Palestinian news agency Maan, at least 10 Palestinians were arrested, including a medic.

Israeli forces also fired tear gas and chemically enhanced sewage water into the home of the al-Kurds, one of the families threatened with losing their homes in favour of Israeli settlers, as sanctioned by the Israeli District Court in Jerusalem.

Israel’s Supreme Court will rule on Thursday on whether the Palestinian families have the right to appeal the District Court’s order to evict them.

Human rights campaigners say if the Palestinians lose the court battle, it could set a precedent for dozens of other homes in the area.

“They would have to kill us… that’s the only way we would leave,” Abdelfatteh Iskafi told Reuters.

Nuha Attieh, 58, said she fears her family will be next if the ruling is upheld. “I’m scared for my home, for my kids, I’m scared about everything.”

Speaking to Al Jazeera on Wednesday, head of the Palestinian National Initiative party Mustafa Barghouti said what is happening in Sheikh Jarrah is a “process of ethnic cleansing”.

“This is nothing new but part of a systematic approach the Israeli government has been following, after annexing [east] Jerusalem, trying to eliminate the Palestinians presence from the city,” he said.

Is time up for Israel’s prime minister?

Benjamin Netanyahu’s opponents have a chance to end the run of Israel’s longest-serving leader. 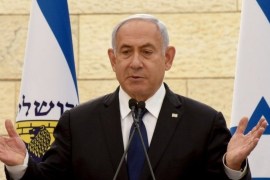 And it has made colonial violence a permanent feature of Palestinian lives in the holy city. 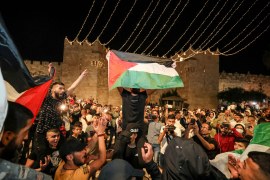 Policymakers must shift focus away from a political solution to a rights-based approach, HRW and analysts say. 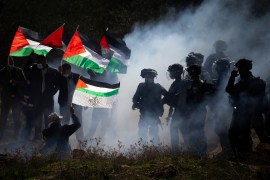