India on Saturday announced it will vaccinate everyone above the age of 18, covering about 600 million people, as it struggles to cope with a catastrophic second wave of coronavirus sweeping the world’s second-most populous nation.

But there are few vaccines available to inoculate people, with experts criticising the government for a lack of preparedness in the fight against the virus that has killed nearly 40,000 people in April alone. More than 20 million Indians have now been infected as daily infection rates continue to break records.

Public anger has been mounting against the government of Prime Minister Narendra Modi for mishandling India’s worst health crisis since its independence in 1947.

Experts say health infrastructure has been overwhelmed as case numbers spike amid a slow rollout of the inoculation campaign. Modi’s government has also been criticised for allowing Hindu religious festivals and election campaigning to go ahead, events that turned out to be “super-spreaders”.

Vaccination is one of the biggest weapons against the surging virus, but according to Our World in Data, as of May 2, only 2 percent of India’s 1.4 billion people have been fully inoculated with first and second doses. Nearly 9.2 percent of the population has received at least one dose.

Bloomberg reported that the government had not placed an order for vaccines larger than 110 million doses from the Serum Institute of India (SII) – the world’s largest vaccine producer based in the city of Pune – since sales started in December, barely enough for just 4 percent of its population.

SII, which produces the Oxford-AstraZeneca vaccine, has been asked by the Indian government to stop all its exports, affecting the global vaccine supply. 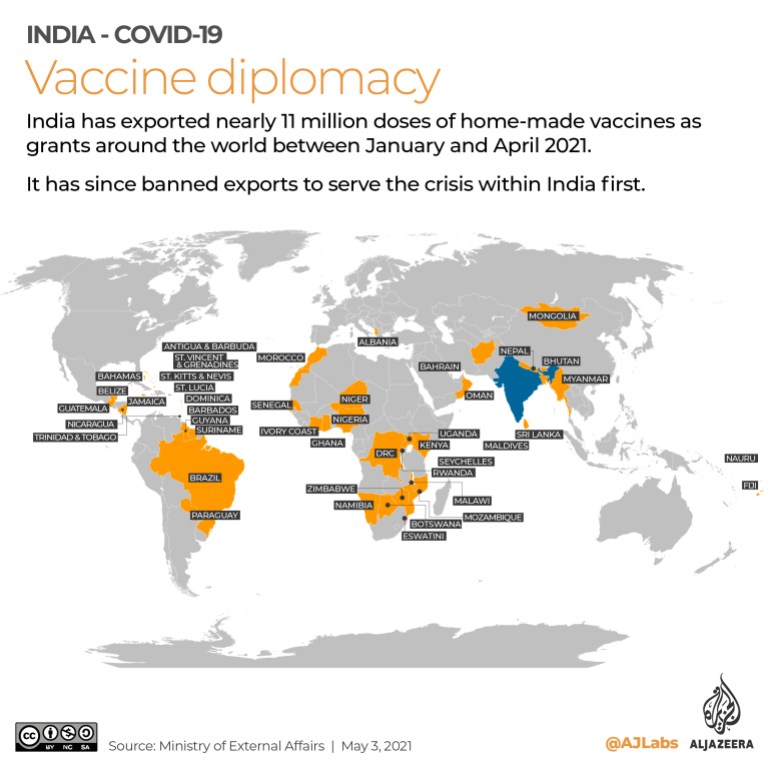 More than 13 million people aged 18-44 have registered for vaccines, but states including Madhya Pradesh and hard-hit Maharashtra were able to vaccinate a very small population amid the shortage of jabs.

Between January and April, India exported 11 million doses as donations – among 66 million doses of vaccines it distributed worldwide – as part of its vaccine diplomacy programme.

India’s vaccination drive has also been politicised after the federal government asked the state governments to procure the vaccines.

Public health experts and opposition leaders have called on the federal government to run the immunisation programme instead of delegating it to state governments. 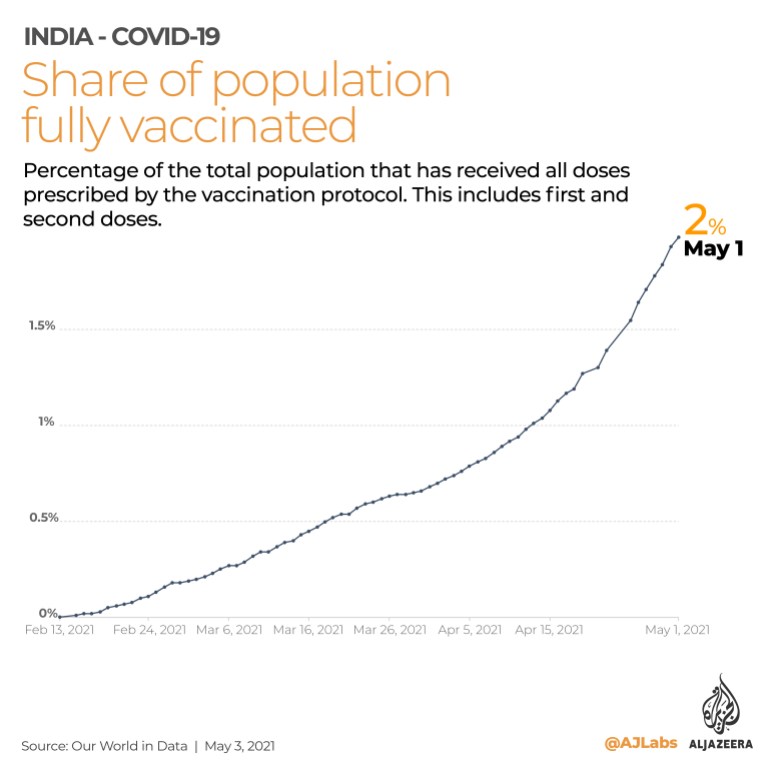