By Mohammed Hussein and Yarno Ritzen

May 4 has a special meaning for Star Wars fans around the world each year. It is the day they celebrate Star Wars, its movies, series, video games, comics and all other aspects of the science fiction universe created in 1977 by filmmaker George Lucas.

The reason Star Wars fans chose May 4 is that the date resembles one of the most famous lines repeated throughout the film: “may the Force be with you,” which changes to: “May the Fourth be with you,” on this day every year.

In Star Wars, the Force is an all-encompassing power flowing through every living being which can be harnessed by Jedi – the good guys – and Sith – the bad guys – to do things like move objects without touching them and shoot lightning out of their hands.

Since the release of the first movie in 1977, eight more movies about Luke Skywalker, Darth Vader, Han Solo, Princess Leia Organa and other characters such as Chewbacca, Rey, Kylo Ren and R2D2 have become a staple of pop culture around the world.

There have also been several spin-off films and shows, such as Rogue One, Solo and The Mandalorian.

Over the decades, the nine main films alone have generated almost $9bn in box-office sales, making them one of the most successful movie franchises ever. 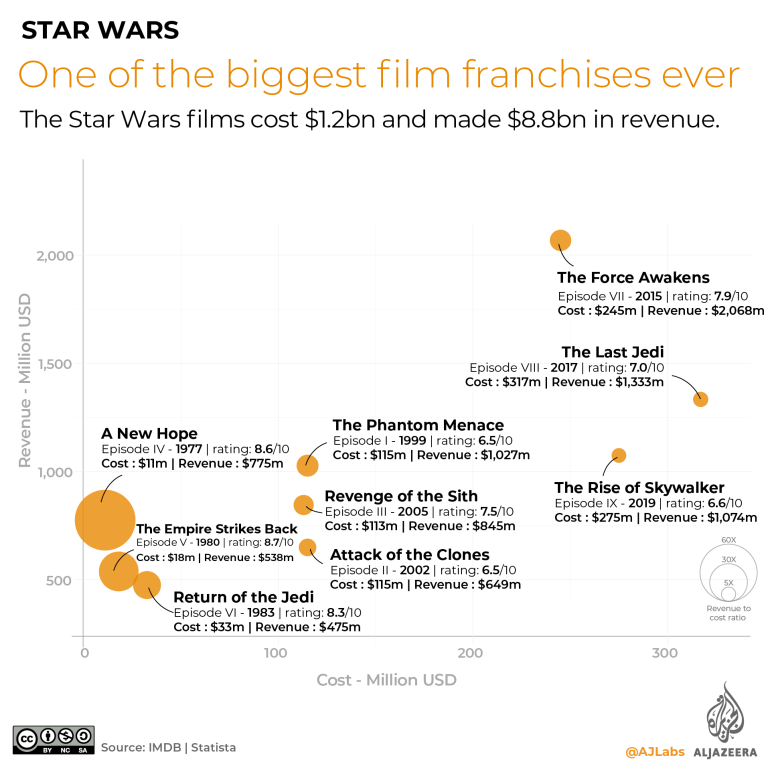 If you have never watched Star Wars, what can you expect from the nine films?

First off, they will visit dozens of planets with hundreds of intriguing-looking aliens, robots and other creatures. And they will have lightsaber-yielding Jedi knights battle evil Sith lords to determine the fate of the galaxy. 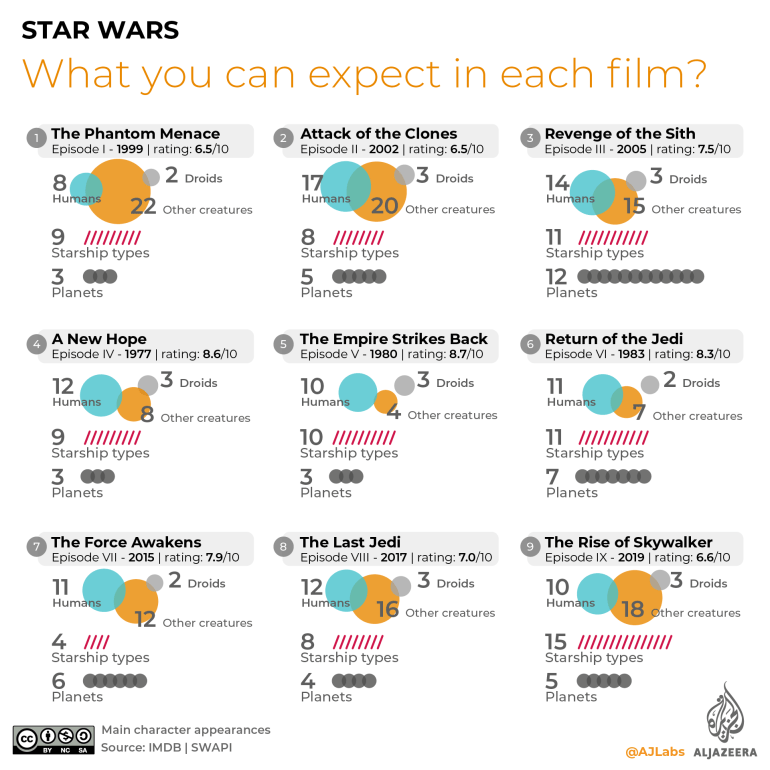 For those of you stuck at home under COVID lockdowns, 2021 might be the perfect year to dip your toe in a “Galaxy far, far away”. Watching these nine movies will take about 20 hours in total, more than enough time to take your mind off of the pandemic for a while. 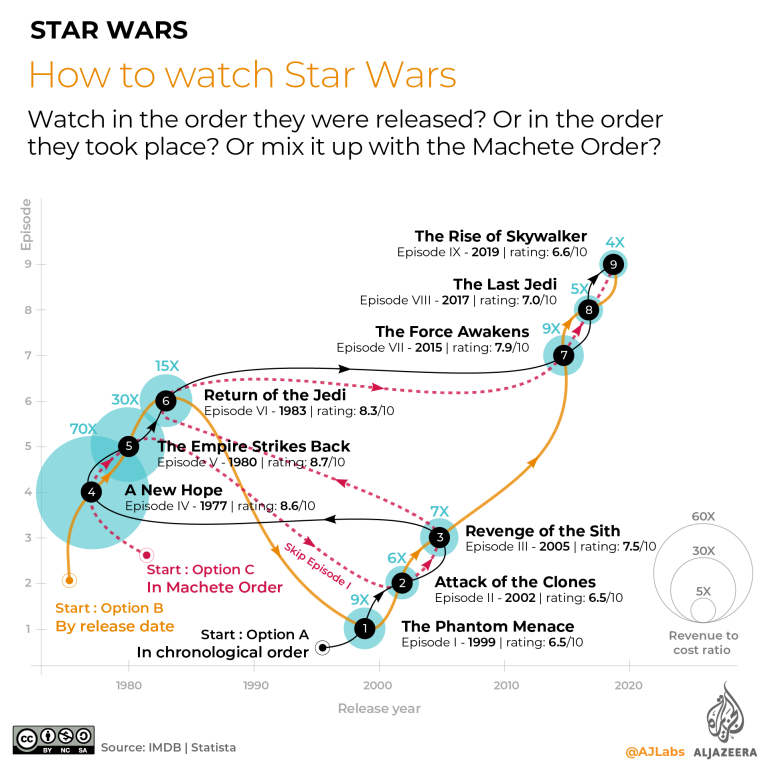 Done with these nine movies? Then it might be time to move on to other Star Wars movies and shows such as The Mandalorian, The Clone Wars, The Bad Batch or Rogue One.